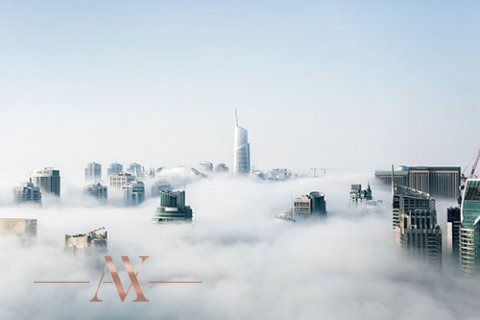 The market in the emirate recorded its "busiest" month with buyers in the last 8 years. Despite the ongoing COVID -19 pandemic, buyers and investors continue to come to Dubai to purchase apartments and villas.

Property Finder, Dubai's largest online property analytics platform, reported on July 6 that the number of deals in the year to May had increased by 44.33% and their value by 33.2%.

One of the reasons for the growth is the easing of quarantine restrictions in the emirate in recent months, which has allowed investors and buyers to enter the market with record low prices and lending rates.

For the moment, however, the main interest is in secondary ready-made properties rather than new apartments. 61.5% of transactions in June fell on this type of supply. 38.5% fell on transactions involving off-plan properties.

Low prices and lending rates have encouraged a shift in buyers' attention from renting to buying a home. The UAE's central bank is gradually easing interest rates, while private banks, traditionally happy to lend to high-income customers, are now turning their attention to self-employed borrowers.

Such a shift will take time, however, as at the moment only 20% of residential properties are owned by residents, with the rest being rented out.

In general, buyer interest was spread across villas and apartments in the following areas: