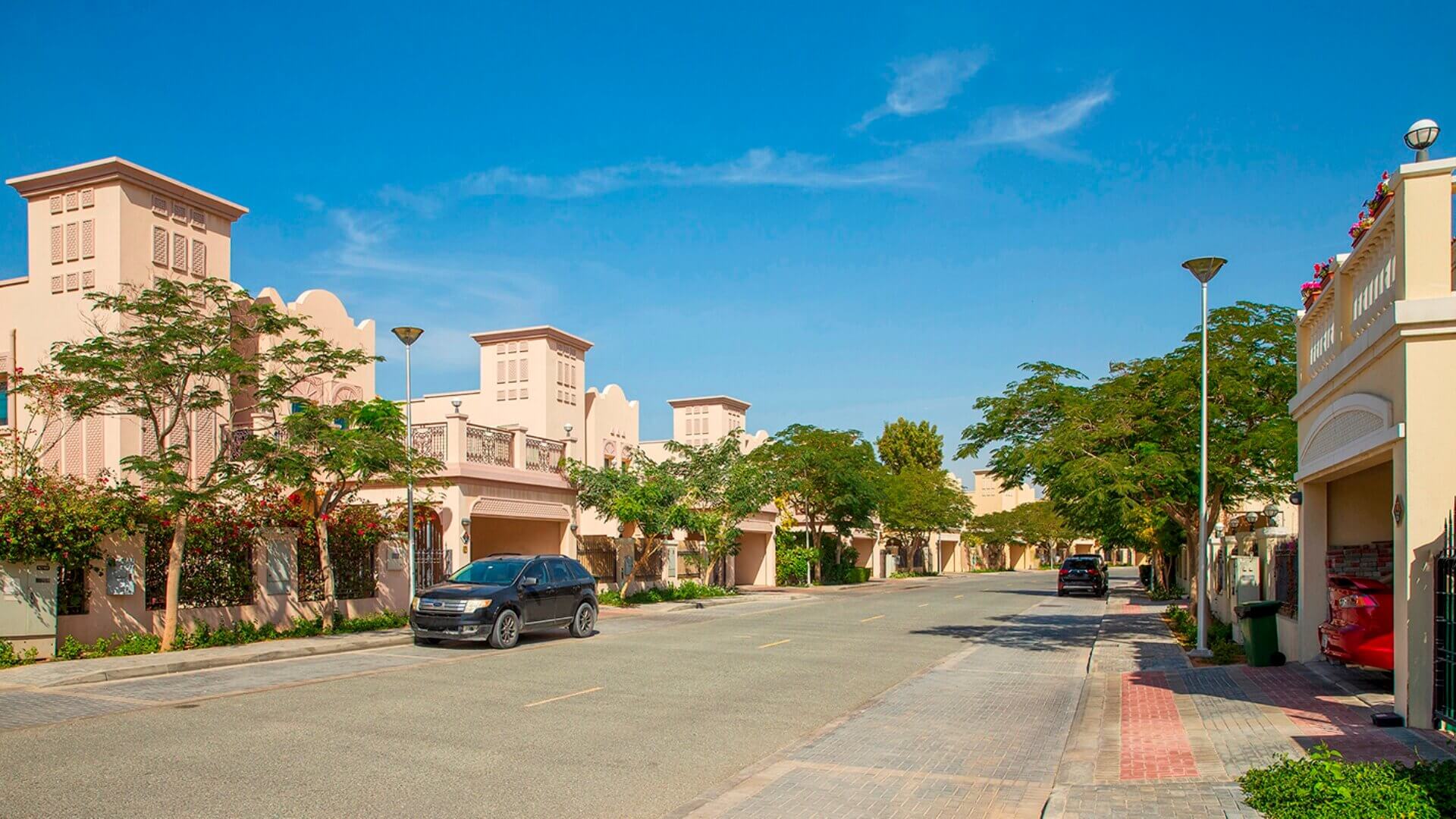 Jumeirah Village Triangle (JVT) is a large residential area developed by the famous Arab developer Nakheel Properties. It covers an area of 2,420,000 m2 and is located next to Dubai's main highway, Sheikh Zayed Road. It is near the Persian Gulf coast, and north of the popular Dubai Marina yachting community. 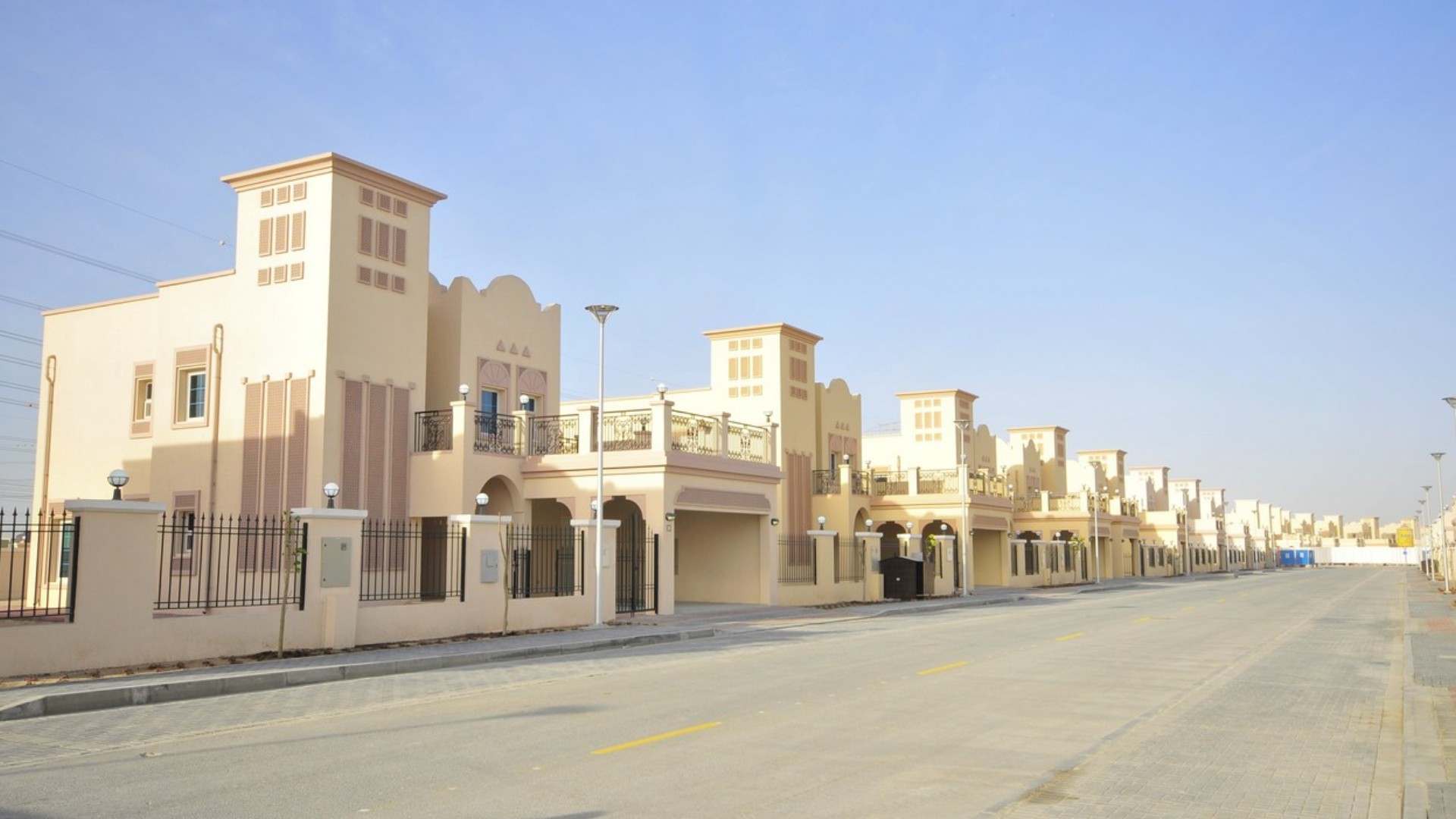 People planning to reside in the UAE are interested in where to live in Jumeirah Village Triangle. The residential part of the community is divided into 9 areas, with more than 5,000 residential properties, including townhouses and villas created in a combination of Mediterranean and modern styles, as well as multi-story residential complexes with studios and apartments for 1, 2, or 3 bedrooms.

Apartments have fully equipped kitchens, bathrooms with high-quality plumbing, spacious living rooms, and balconies with beautiful views of the city parks and ponds.

On the first floors of the complexes, as a rule, there are various infrastructure facilities, including shops, cafes, beauty salons, and car parking. That is why there are no questions like “When was JVT built?” because this community has everything you need for a comfortable life.

The community is considered one of the most popular places for quiet family life and recreation. There are many parks, and landscaped gardens, and in just 18 minutes you can reach the coast and the famous palm-shaped archipelago, Palm Jumeirah. The convenient location, a large selection of apartments, and affordable prices make JVT popular with buyers.

Currently, several high-rise residential complexes are under construction here, while most of the residential complex has been commissioned and offers ready-to-move-in apartments. For example, a small studio with an area of 41 m2 can be purchased for AED 289,898.

When considering luxury apartments in Jumeirah Village Triangle, you should pay special attention to a spacious 3-bedroom apartment of 260 m2 for AED 3,395,885.

The cost of real estate in the community depends on the location of the residential complex, the total living area, a wide range of amenities on the territory of the complex, and other nuances. You can always receive more detailed information about each property from our specialists.

If you want to profitably invest in Dubai real estate, you should pay attention to off-plan options. When making a purchase and sale transaction of off-plan property, you can count on the lowest price and pay the amount in stages, as soon as the building is put into operation.

The JVT is one of Dubai’s top five districts with a better return on 1-bedroom apartment rentals due to affordable prices for this type of housing. The cost per square meter here has not yet reached its peak value.

The community is located near the beaches, and major business and entertainment districts of the city, but rental rates are affordable here. This makes the local property extremely attractive both for locals and numerous tourists. 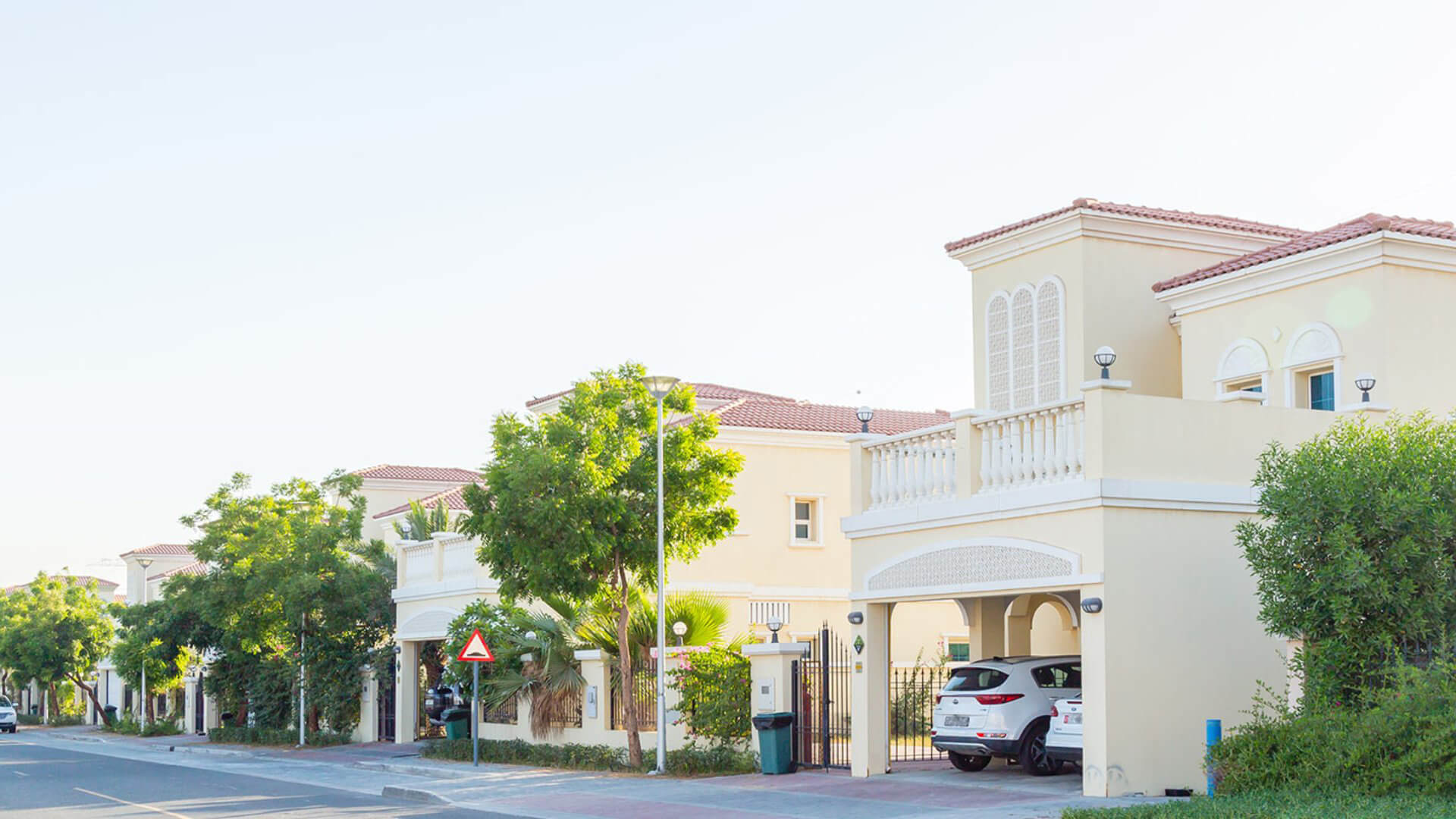 The area is a great place to rent an apartment or a house. Even a small private investor can afford to buy a small studio to subsequently receive a stable income. All the properties in Jumeirah Village Triangle have good liquidity due to their affordable cost.

A broad range of housing options for sale covers a wide audience of investors.

Foreign citizens can purchase real estate here. If the value of the property is more than AED 750,000, you will obtain a 3-year resident visa.

If you do not plan to permanently reside in the UAE but want to reliably invest in local real estate, you can contact the management company, which can act as your legal representative when signing contracts with the tenant.

Jumeirah Village Triangle real estate investments are highly profitable. For example, renting out 2-bedroom apartments can bring a 6.6% annual income, which is the highest indicator in the community. The next most profitable are studios with 6.4%, followed by 3–bedroom apartments, which bring 6.2% per year. The profitability of 1-bedroom apartments is 6% per annum.

The yield from villas and townhouses varies from 4% to 7%. The highest ROI is for small 1–bedroom houses and the lowest is for spacious 5-bedroom villas.

The community is a perfect choice for living with a family. In the surrounding area, there are shops, beauty salons, multifunctional sports centers, as well as more than 9 public parks with scenic ponds and rivers where you can enjoy a yacht charter in JVT.

The district has the following amenities:

The most popular buildings in JVT

There are no top hotels in Jumeirah Village Triangle. However, the complex of medium-rise Imperial Residences with hotel service from Auris Hotels can be called one of the most remarkable apartment buildings in the area. It includes 2 separate buildings and offers its residents such amenities as shopping pavilions, a fitness center, a large swimming pool for adults and a children's pool, parking, and 24-hour security.

Another popular building is the 25–story Al Manara Tower, with studios and 1 or 2-bedroom apartments.

How to get to Jumeirah Village Triangle? Since the community is closed, there is no developed public transport network. However, locals and guests can take a 10-minute drive to the bus stop in nearby Dubai Production City. Al Furjan Metro Station is a 12-minute drive away. Car rental in JVT is also available to residents.

A major shopping center, Al Khail Avenue, is planned to be built in the community, which will include 350 shops and a huge cinema with 14 halls.

Residents and guests of JVT can visit shopping malls in neighboring communities. It takes 10 minutes to reach:

Sought-after malls in Jumeirah Village Triangle, as well as entertainment complexes, are a 17-minute drive away:

You can reach the nearest major mosques in about 13 minutes by car:

There are several Christian churches in the community of Al Muntazah, they are about 18 minutes away:

Hindus can visit Guru Nanak Darbar, an 18-minute drive away

There are several cafes and restaurants in JVT, including Forni Pizza & Manakeesh, Safestway Cafe with a supermarket, and Alpastor Cafeteria.

Outside the community, you can also find restaurants for every taste. Popular restaurants such as Desert Wok, Socialiciou, and Pinza are located in the surrounding areas. There are chain eateries and fast food restaurants in shopping malls. It is worth taking note of the Chinese sector in the Ibn Battuta Mall shopping center, where there are many food outlets with a varied menu of dishes for every taste.

The community is a family area, so there are several kindergartens and good schools in JVT. Such as:

There are several other educational institutions for children within a 10-minute drive from the community:

The Alcon Dubai Ophthalmology Center is located in the district. The nearest medical clinic with pediatrician services, Mediclinic Spring, is a 13-minute drive away.

It will take about 15 minutes to reach the following medical institutions:

The JVT is located at the intersection of Dubai’s two major highways, Al Khail and Sheikh Mohammed Bin Zayed, allowing quick access to any location in the city.

The community borders the following areas:

Thanks to convenient transport links from the district, you can reach the Persian Gulf coast and the famous palm-shaped archipelago, Palm Jumeirah, in 20 minutes. The popular city beach, Jumeirah Beach, with snow-white sand and a smooth entrance to the sea is found here. The beach has a good infrastructure, and along it, there are numerous cafes and eateries where you can have lunch or drink coffee while enjoying beautiful views of the sea.

We will select a profitable property for investment

The excellent location and pleasant prices for apartments in JVT make the community attractive to foreign investors. Contact our specialists to find the best option for property investment in JVT with the perfect price-quality ratio. We are always happy to advise you on investment issues, as well as calculate the profitability, payback period, and net profit of the property in a currency convenient for you.