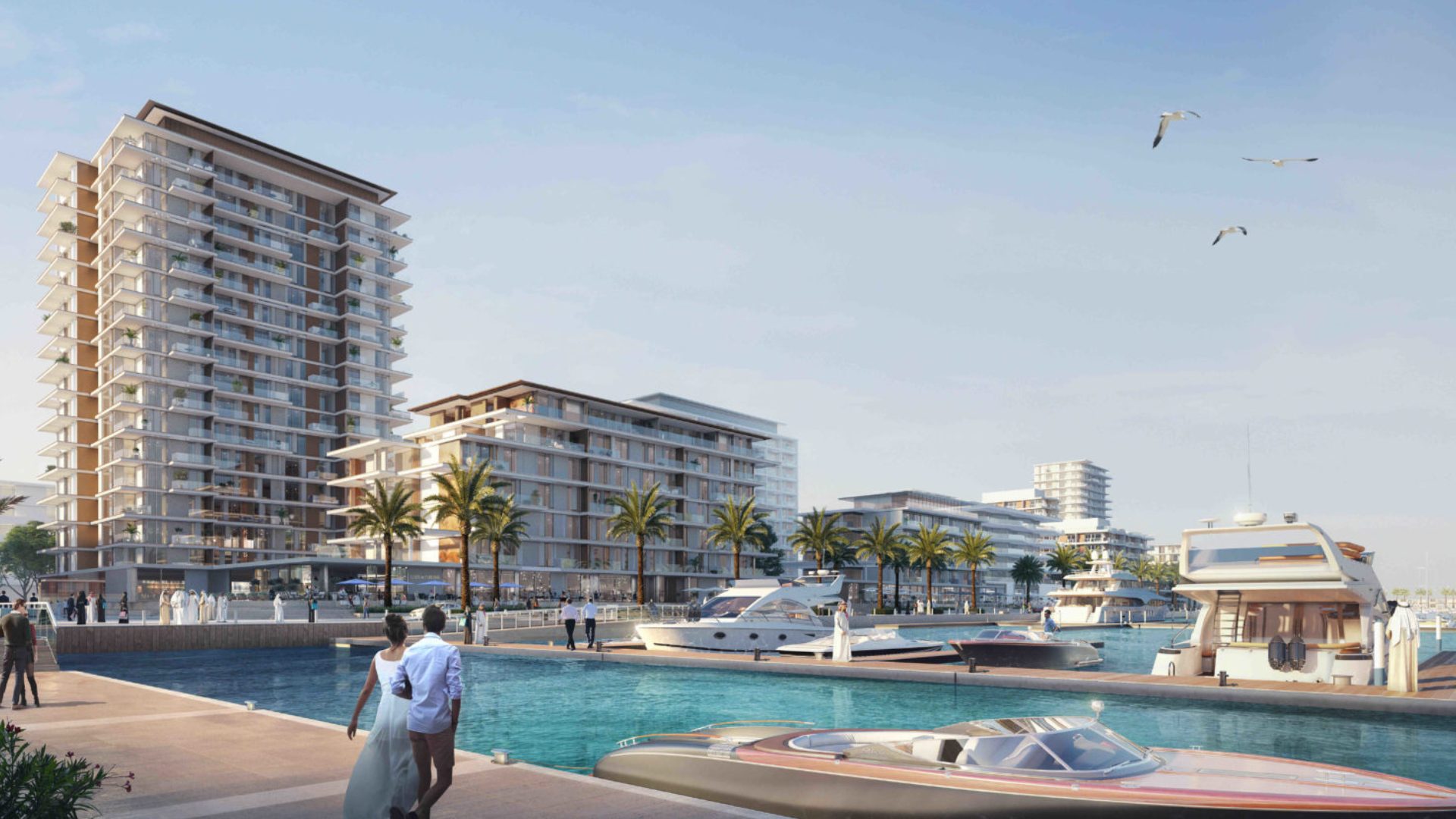 Mina Rashid is a large coastal complex with an area of 631,740 m2, which includes a long marina and residential areas with access to the promenade. The main developers of the project are Emaar Properties, a large Arab developer, and P&O Marinas, a company engaged in the development of world-class marinas and berthing facilities.

The community is located near one of Dubai's largest ports, Port Rashid, which was rebuilt as a big cruise terminal in the 2000s. 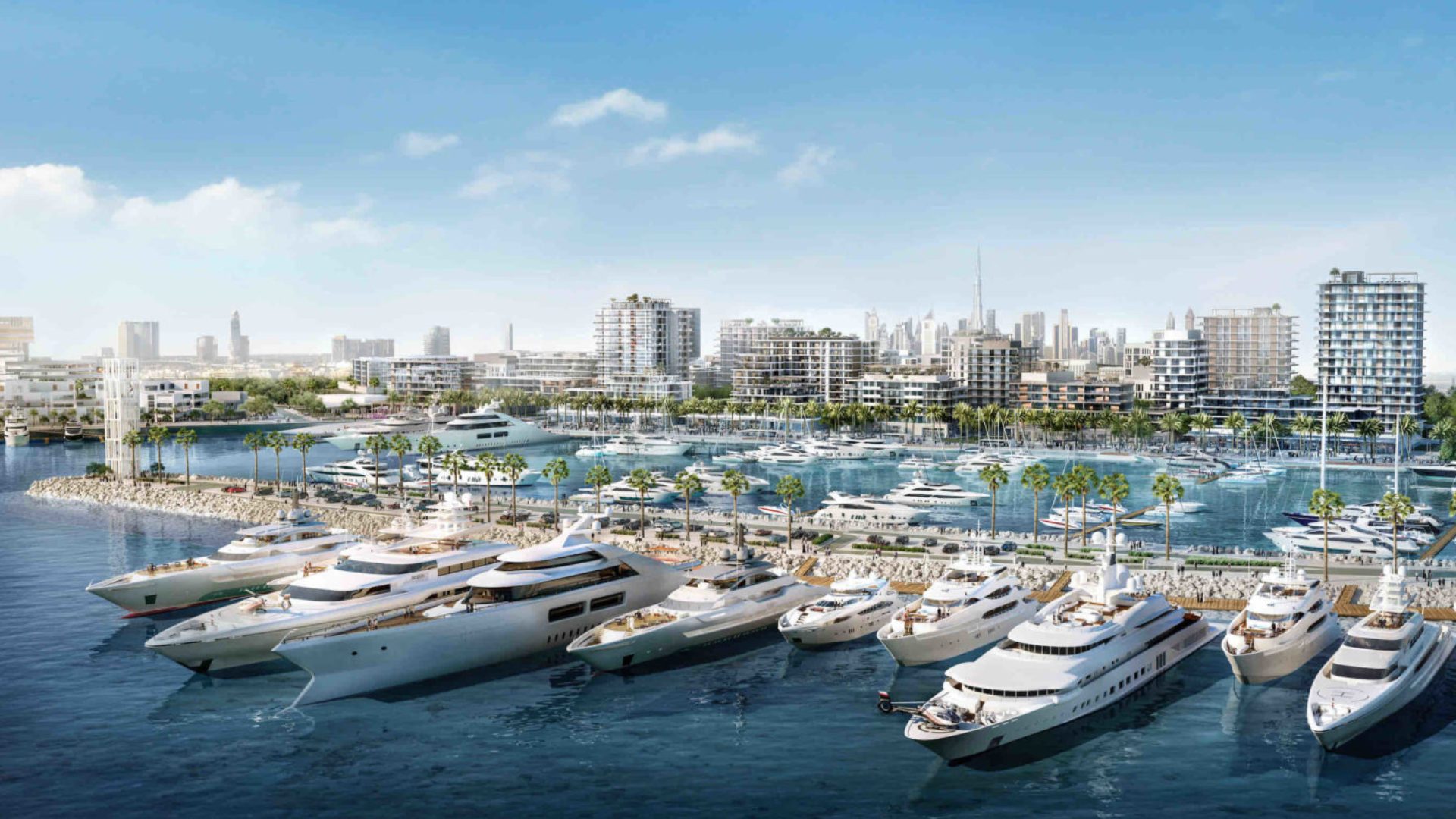 The district was created based on the fashionable resorts of France and Italy, where the yacht marina is combined with residential buildings in the style of the French Riviera. On the coastal territory, there are 7 clusters with medium-rise apartment buildings, a promenade, and a large Venetian-style shopping area.

The master plan involves the construction of several hotels, parks, art galleries, a museum, a theater, a water canal with palm trees, and other recreational areas. No one need ask, “When was Mina Rashid built?” because the community is still under development, and some buildings and popular buildings in Mina Rashid are expected to be built soon.

However, there is the question: “Where to live in Mina Rashid?” The coastal community consists of apartment buildings with excellent social infrastructure and 1 to 4-bedroom apartments. The apartments have panoramic windows and balconies, which offer a beautiful view of the embankment and the sea horizon.

Construction work in the new community is scheduled to be completed in the third quarter of 2022, which will further strengthen Dubai's position as one of the key cruise centers in the region. Today, the world’s largest cruise terminal, Hamdan bin Mohammed, can serve 14,000 passengers per day. This neighborhood insures that real estate in the new area will always be in high demand among tourists.

Some residential complexes are currently under development, and it is at this moment that it will be most profitable to invest in Dubai real estate. You will be able to buy an apartment at a good price and pay the amount in installments, as soon as the property is put into operation.

The Sirdhana residential complex consists of 4 buildings with 1 to 3-bedroom apartments and luxury penthouses with 4 bedrooms. The complex was named after the first ship moored at Port Rashid in 1970.

The Seashore residential complex offers apartments from 1 to 3 bedrooms for sale.

Residents of the complexes have quick access to a 500-meter water canal for swimming with cozy recreation areas.

The starting price of housing in the new buildings is AED 1,110,888. For this amount, you can buy a 1-bedroom apartment with a total area of 66 m2.

Mina Rashid has been the leading cruise port in the Middle East for 14 consecutive years. It can receive 7 huge cruise liners at the same time, offering guests all the necessary services, such as transfers, currency exchange, excursions, customs clearance, baggage handling, medical assistance, access to a large business center, duty-free shops, a conference hall, and a parking lot.

This place is extremely popular with tourists arriving on cruise ships, as well as those who want to have a good time enjoying a relaxed holiday on the seashore.

Apartment investors can receive a good income from renting out an apartment and quickly recoup their property investments in Mina Rashid.

According to statistics, investors renting out housing in Dubai can expect to receive income of 4% to 9%. Moreover, in coastal quarters, profitability is much higher than in communities further from the sea. You can find out about the cost-effectiveness and receive the figures for the property you are interested in from our specialists. 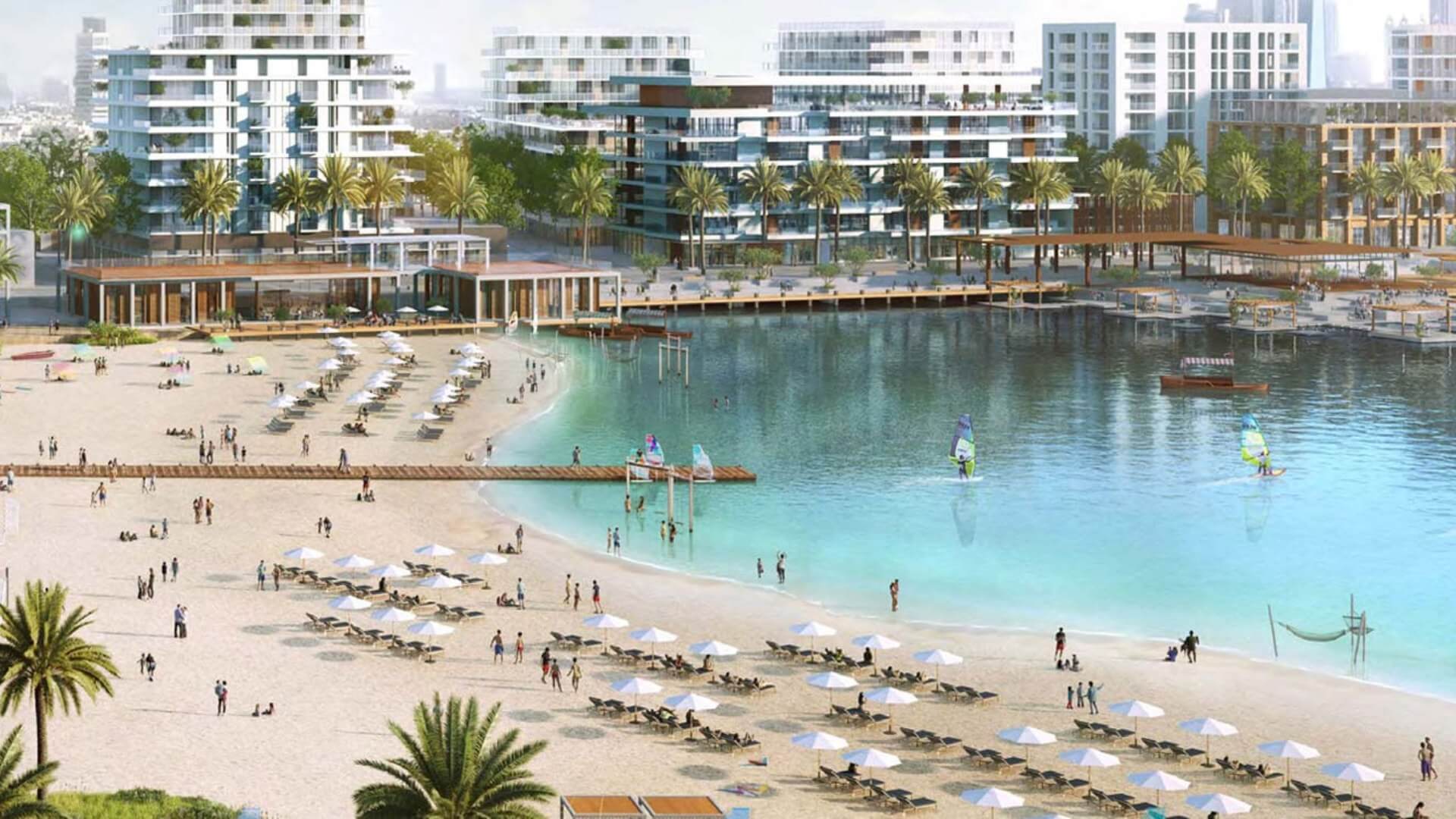 A marine community with an infinity swimming pool, its own yacht marina, and excellent social infrastructure for recreation will be a great place to buy an apartment for rent.

In recent years, the UAE has become increasingly popular with foreign investors. There are pleasant conditions for private businesses and soft tax legislation that enables you to receive a good profit from residential properties in Mina Rashid.

Even if you do not live in the UAE permanently, you can contact a management company that will solve all legal issues on renting housing.

Buyers of luxury apartments in Mina Rashid, priced from AED 750,000 can get a 3-year resident visa for themselves and a sponsor visa for close relatives.

The key infrastructure facility of the community is a long marina with 500 berths and yachts from 15 to 35 meters long. It is planned to expand the marina to accommodate 20,000 yachts simultaneously.

In addition, the district has the following amenities:

Community development plans include the construction of a water sports academy with a recreation club and an exhibition hall. The Pindar Yacht Management company plans to organize sailing events and conduct advertising campaigns on its yachts here.

There are sought-after attractions in quick access to guests and residents of the community, such as:

Queen Elizabeth 2 (QE2) is one of the most unusual top hotels in Mina Rashid and the emirate, located inside a huge cruise ship moored in the port of Mina Rashid.

The hotel rooms have large windows and portholes through which you can admire the skyline of the Persian Gulf and beautiful views of the coastal part of the city. There are 10 gourmet restaurants and a bar with a broad selection of wines and snacks.

The hotel has cozy lounge areas, and venues for corporate events, business meetings, weddings, and other special events. Several halls have interiors in the style of the sixties. There is also a museum with art objects and books from the 1960s.

In October 2021, the hotel opened the world's largest nightclub on water, called Float Dubai, offering a rich menu of Pan-Asian and Latin dishes. The club has tables on an open podium and separate booths with a view of the stage.

How to get to Mina Rashid? The district is located on the shores of the Dubai Creek Bay, between two major districts of the emirate, Deira and Bur Dubai. This provides a quick connection to popular coastal neighborhoods, including Pearl Jumeirah Island.

The city's central cultural and business communities, such as Downtown and Business Bay, can be reached in just 20 minutes.

Moreover, you can use a car rental in Mina Rashid. The travel time to the Dubai International Airport is 14 minutes.

The nearest bus stops are 2 kilometers from the community, and the Al Ghubaiba Metro Station is 4 kilometers away. In addition to land transport, you can use the services of a water taxi, which runs between the cruise terminal and the metro station, as well as a yacht charter in Mina Rashid.

Currently, the community is under development, and there are no large chain supermarkets in Mina Rashid. But residents and guests can reach the retail outlets in the nearby neighborhoods of Dubai in 10 minutes:

When the district is put into operation, the central attraction will be a large shopping and entertainment complex, the Dubai Mall by the Sea, with restaurants, cafes, and numerous retail outlets, including branded boutiques, and entertainment facilities.

The nearest shopping centers in the neighboring community (10 minutes away) are:

There are several mosques within a 10-minute drive from the coastal community:

One of the largest churches in Dubai is located in the neighboring district of Umm Hurair 2 (a 13 to 14-minute drive away), as well as:

Hindus can reach temples in Bur Dubai in 12 minutes:

There are several food service establishments in the community, including:

Within a 10-minute walk, there are several popular restaurants with international, Indian, Mediterranean, and Arabic cuisine:

The gourmet restaurant Nusr-Et Steakhouse is a 17-minute drive away, offering a rich menu of Turkish dishes. Here you can taste the famous marinated tenderloin, tuna tartare, shish kebab, and baklava.

There are several schools in Mina Rashid and kindergartens in quick access (up to 10 minutes by car) for residents of the community, including:

It takes up to 10 minutes to reach the following medical institutions:

Dubai Healthcare City is a 12-minute drive away, with several medical institutions, including:

It takes you 15 minutes to reach the profiled hospitals:

The community is located near the following areas of Dubai:

The area has its own long sandy beach with infrastructure for a comfortable stay on the seashore.

If desired, you can drive to the popular Jumeirah Public Beach in 10 minutes, along which there are numerous cafes and eateries.

We will select a profitable property for investment

There will always be a high demand for rental housing in the new yachting community because the district provides places for many cruise ships and private yachts and has excellent conditions for a beach holiday on the Persian Gulf coast.

Today, you have a great opportunity to securely invest in Dubai real estate. Our experts will help you choose the best investment option and calculate the profitability, net profit, and payback period of the property. Do not miss your chance to make a good deal, as the conditions of active development in the emirate, mean that the cost of housing here is steadily increasing.