Market trends: the most popular areas for residents of Dubai to move according to data for Q1 2022 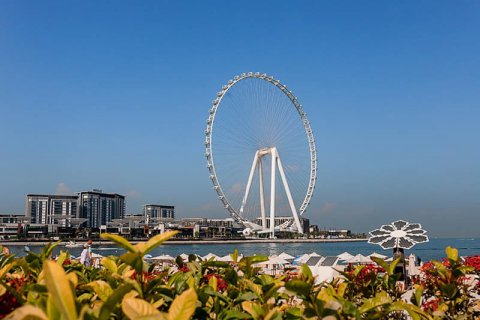 When comparing these entry requests, rental contracts and real estate sales in January-March 2021 and the same period in 2022, it became possible to identify where the main interest of Dubai residents has shifted over the year and where this interest will continue to move in the future.

The data below was provided by the relocation company Service Market, based on the requests that the company received for the specified year.

In general, the list compiled by the percentage of requests to the total number looks as follows:

Special attention is paid not to the figures themselves, but to the general trend of recent years — every year people more and more often choose the newest areas of the city, instead of the old and traditionally popular ones. In the first quarter of 2022, the trends of moving to the suburbs of Dubai became especially noticeable. The rise in popularity of Jumeirah Village Circle and Triangle was unexpected.

The latter two directions differ favorably in that they are well-developed and comfortable areas near the densely populated and always active Downtown Dubai, JBR and Palm Jumeirah, but they are not one of the named ones. Including not so expensive due to banal demand, providing the same quality.

So, the rental rate of apartments in Jumeirah Village Circle usually starts from $7,000 per studio. For comparison, in nearby Downtown Dubai, most options start at $13,000.

In the last two years, villas and townhouses have been of particular interest to buyers due to their large living spaces, which have become especially necessary for people against the background of the pandemic and the fact that people spent the largest share of working and free time in the walls of their homes.

But at the moment, the supply of such real estate has already significantly decreased, so it is expected that during 2022 the growth of demand and prices for it will decrease and stabilize. At the same time, a big boost in growth should be given to apartments that buyers and investors have been actively bypassing before.

Separately, it is worth noting the growing popularity of the districts of Dubai South and the neighboring District 2020. The latter was the venue of Expo-2020 and is now being actively reconstructed into a key residential and business district of Dubai. It plans to reopen its doors to the mass buyer in October 2022.