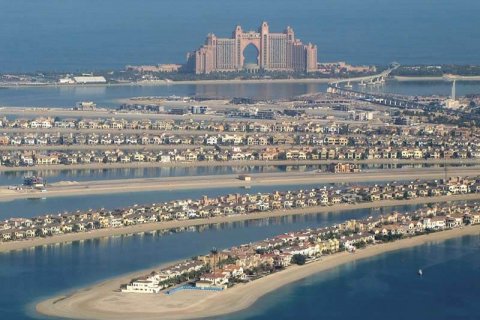 The South of Dubai, specifically the Dubai South and District 2020 districts, the former site of Expo-2020 event, are becoming the main destinations for consumer demand. However, we are talking more about «consumers» interested in affordable housing for their own needs, and not about investors.

Last but not least, the engine of such a movement is the price range of 1760-2930 dollars per square meter, which is held, not least, by the efforts of developers.

In the next few weeks, several real estate projects are planned to be launched in Dubai South area: apartments with a target value of less than $ 272,000 and villas with a price of less than $ 817,000.

Residential real estate projects are being developed as part of the development of integrated communities with developed infrastructure and extensive green areas.

In the District 2020 area, developers are also planning a number of projects. However, one of the main characteristics of this part of the city is the infrastructure that has already been created, which until April 2022 was used as part of Expo-2020. At the moment, most of this infrastructure is planned to be put into re-operation as part of a new residential and commercial hub in the south of Dubai.

The city authorities plan to transfer Expo venue to «new rails» by October of this year.

The main offer and development projects revolve around apartments and villas of fairly modest dimensions. Specifically, in the case of apartments, we are talking about objects with one or two rooms.

But the key aspect of District 2020 is that this area should not become a commercial hub from scratch. This part of the city has representative offices of a large number of international companies, including Siemens Energy and DP World. Businesses, private investors, highly qualified specialists from such industries as IT are actively flocking to the district.

The district offers prospects for business development and employment, which in turn attracts a large number of ordinary real estate buyers.

However, there is also an offer for wealthier buyers. So, some developers are already working on communities of hundreds of villas in configurations from three to five bedrooms.

However, as already noted, developers have no plans to turn districts into another destination for super-expensive real estate and luxurious leisure life. They expect prices to rise by about 15% over the next five years, but both Dubai South and District 2020 are considered primarily as business districts for the working population. In view of this, conditions will be applied to maintain reasonable rates of price growth.