Beautiful view
Panoramic view of Dubai from the apartment 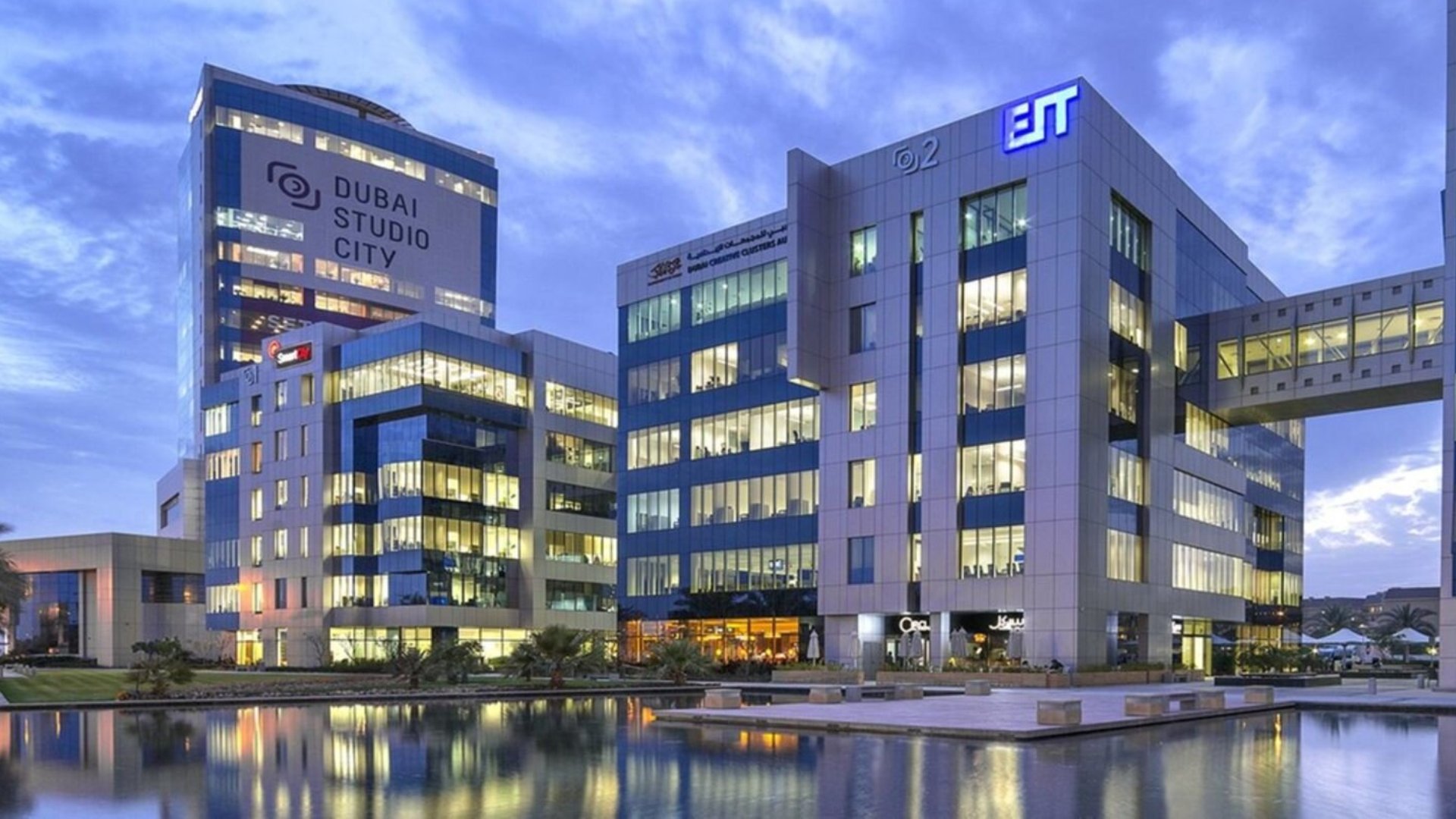 Dubai Studio City (DSC) is a mixed-use residential and commercial development located next to Motor City, a 20-minute drive away from the center of the emirate.

The development, created by Tecom Investments, is a free economic zone. The main activity stated in this zone is cinema and music services. In the near future are plans to establish a film studio within the area, which could become a worthy competitor to Hollywood. 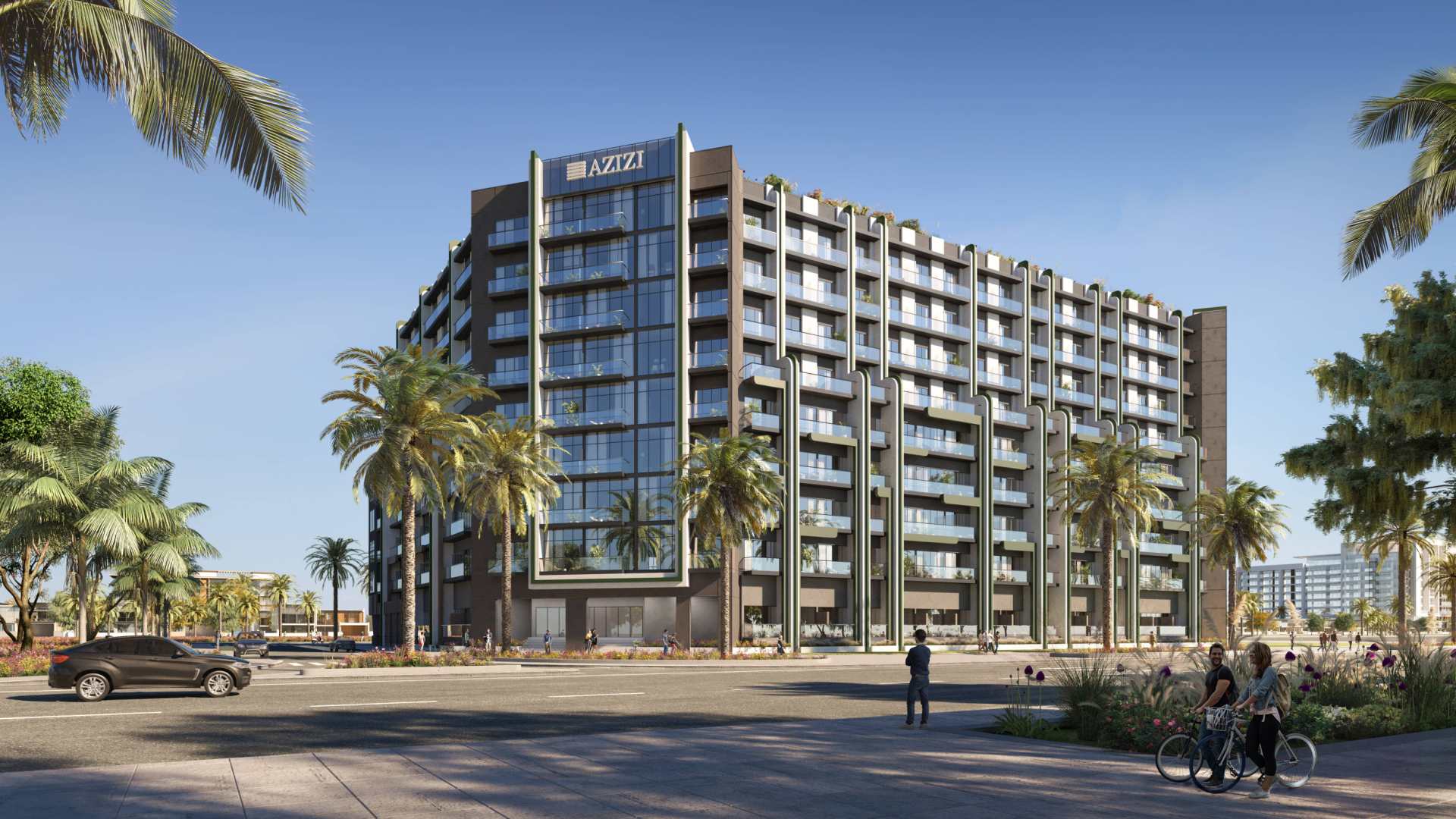 DSC is widely known for its commercial developments in the film, TV, music, and entertainment industries. However, there are also residential complexes with studios and 1-, 2-, and 3-bedroom apartments. The area surrounding the multi-story towers features parks and landscaped gardens with lounge areas. The apartments’ balconies offer stunning views of the city.

Pets are allowed in the residential complexes. The area has all the necessary infrastructure facilities, including a public park with footpaths and a barbecue area.

The main residential properties of the area are:

In DSC you can purchase apartments with excellent layouts, high-quality finishes, and all the amenities within the territory of the residential complex. Property here is highly popular with those who working or trading in the local business hubs.

The community features affordable real estate prices. The minimum cost of an apartment  is AED 393,999 ($107,266, $724,185). For this price, you can purchase a small studio with an area of 33 square meters. It is worth noting that it is the studios that are most popular with tenants, and many investors note a good ROI brought by this kind of property.

At present, you can purchase apartments in residential developments still under construction. In this case, you can save a significant amount thanks to the developer’s discount. This option is perfect for investing in real estate in Dubai if you’re going to re-sell the property at a higher price.

Even though the area is located near the emirate’s center, the rental here remains acceptable. The most popular types of real estate for tenants are in residential complexes: compact studios and apartments with a different number of bedrooms.

The average price for renting an apartment in this area is AED 70,000 ($19,057, ¥128,662) per year.  The affordable prices attract ex-pats and city guests who have come here on business or vacation. The residential developments have all the amenities for comfortable living, which is important when choosing a property for rent. 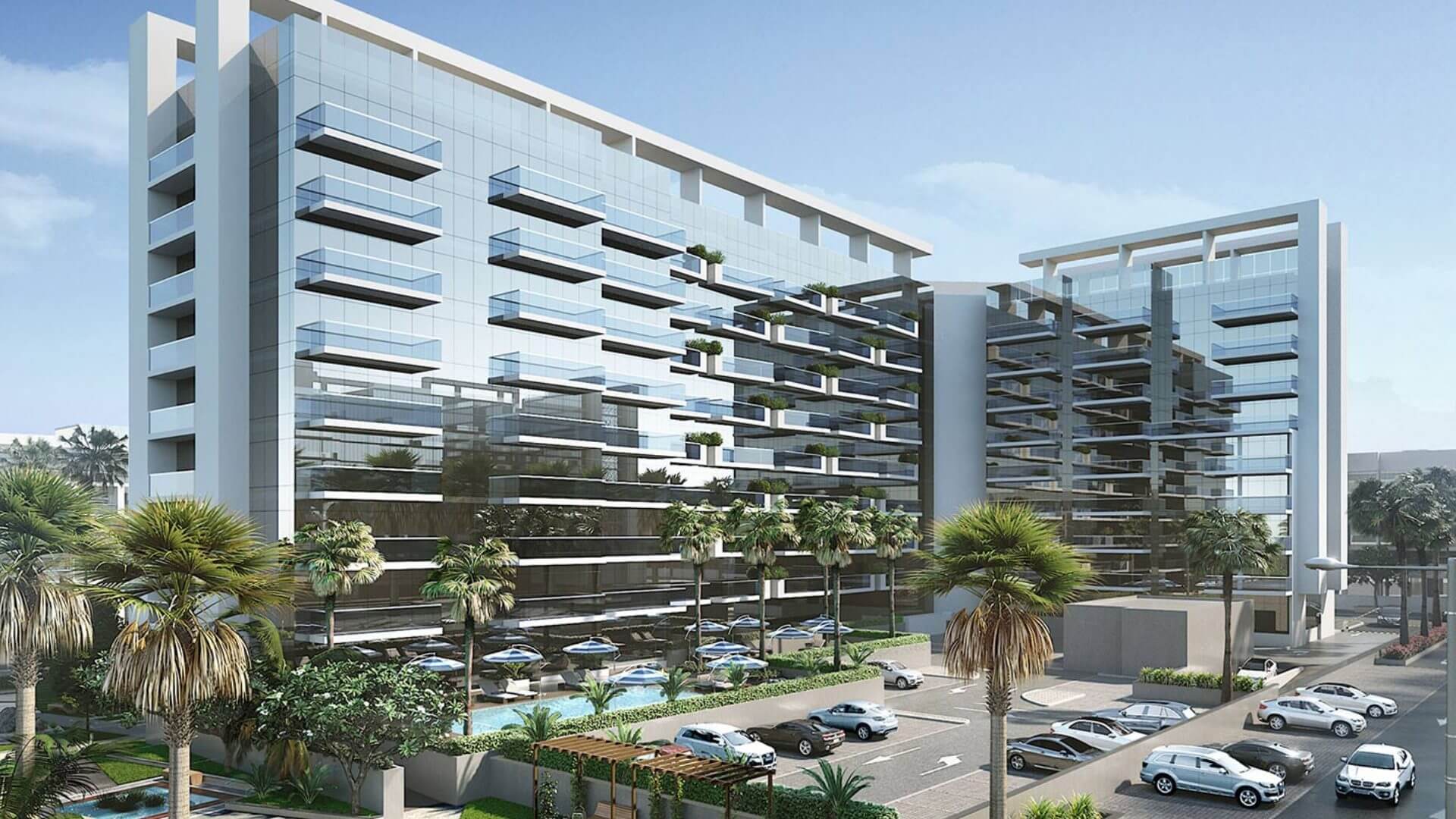 Investing in real estate in Dubai is a reliable tool for saving and increasing capital. All the apartments in the new area are highly liquid due to the affordable prices and good location. DSC is perfect for the rental business. There are favorable conditions for small and medium-sized businesses in this free economic zone, which attracts foreign entrepreneurs and investors.

Return on Investment in DSC

Investors in Dubai Studio City real estate can expect to receive a stable recurring income from leasing out an apartment.

The amenities include swimming pools, gyms, children’s playgrounds, spas, lounge areas, and others within the territory of numerous residential complexes in DSC.

Usually, most residential developments have underground parking for residents and their guests.

There are other infrastructure facilities within the community’s territory:

DSC is home to several media companies and therefore regularly hosts entertainment events related to the movie and video industry. Recently, the launch of the CineMena project was announced, aimed at local talent development. The project will include seminars, master classes, and training by well-known media people, popular actors and actresses, and movie directors.

There is a 141-room Studio One hotel in the DSC public center. It features such amenities as Wi-Fi, a work desk with a lamp, a hairdryer, a mini-library, a sofa bed, an alarm clock, and a mini-bar in the rooms.

There is a luxury Park Inn by the Radisson hotel in the adjacent Motor City area. This hotel includes 146 rooms with upmarket amenities, including free Wi-Fi, TV, 24/7 room service, a rooftop pool, spa, and gym. The hotel offers 4 conference rooms, including an event hall for up to 200 people.

The Most Popular Properties

Most popular in this community are the following developments:

DSC features a comfortable way to reach the major Al Qudra Road, providing easy access to many of Dubai's residential and commercial areas.

Downtown Dubai can be reached in just 20 minutes. It will take you the same time to reach Dubai Marina and Palm Jumeirah, the archipelago in the form of a palm tree.  The Dubai International Airport is 26 minutes away.

The community features public transport. It has 2 bus stops and the nearest metro station is the Mall of the Emirates, a 20-minute drive away.

There are several supermarkets in DSC: Blue Mart and Spar Express in Glitz 1. Residents can also reach the nearest retail stores in neighboring communities in 10 minutes: Waitrose, Spinney's, and Lifco supermarkets, as well as a Zoom store.

The nearest major shopping mall, First Avenue Mall, is located in Motor City. The complex spans 2 floors and houses more than 50 retail stores, 15 restaurants, and cafes, and Park Inn by the Radisson Hotel.

The City Center Me'aisem shopping center is a 10-minute drive away. It contains retail stores with clothes, electronics, and home goods, as well as a Carrefour hypermarket, a healthcare center, a Magic Planet Park, and numerous cafes and restaurants.

At the same distance is the Cityland Mall with a large park, numerous shops, catering establishments, and a cinema.

It takes up to 20 minutes to get to the popular shopping and entertainment centers of Dubai:

In the neighboring area of Al Barsha are several mosques: Abu Bakr Al Siddique, Khalfan Bin Shannaf, and others, as well as smaller temples.

The Coptic Orthodox Church of St. Mark & Ava Bishoy and catholic St. Mary's Church is a 25-minute drive away from DSC.

It takes about 35 minutes to get to the Buddhist temples of Shiva and Sindhi Gurdarbar. The Guru Nanak Darbar Temple is a 16-minute drive away.

There are restaurants, cafes, and eateries serving traditional and international cuisines within the DSC territory.

Residents can visit Freedom Pizza, and the popular Subway sandwich chain situated next to it.

One of the best Mexican restaurants in Dubai, the Taqado Mexican Kitchen, is not far from the Dubai Films office.

The Maine Street Eatery is worth noting in the range of small cafes and eateries. Here you can have seafood and American cuisine, including steaks. Studio One houses Larte Café featuring Italian and Mediterranean cuisine. Grilled dishes are also served at the Boho Café, which offers international cuisine. There you can also order a hookah.

There are the following educational institutions for kids within a 10-minute drive from the area:

The nearest healthcare institutions are reachable within a 10-minute drive:

It will take you up to 20 minutes to get to the city's most popular free beaches: Sufouh Beach and Kite Beach.

These beaches feature snow-white sand, a smooth sea entry, and all the necessary amenities needed to enjoy your time on the beach.

Cycling and walking paths run along the waterfront. Kite Beach has a playground for children.

We’ll Assist You in Choosing a Profitable Investment Property

DSC is a good area to purchase an investment apartment. There is always a demand for rental property among residents and visitors.

Currently, some community residential complexes are still under construction, enabling a sale and purchase transaction at a favorable price for the future owner.

Our company employs highly qualified professionals who can assist you in choosing the best option for you to invest in real estate. Here you can find up-to-date information on the profitability of various real estate types in a particular UAE area. You can also research information regarding the net profit that various apartments or houses in Dubai will bring in the future.