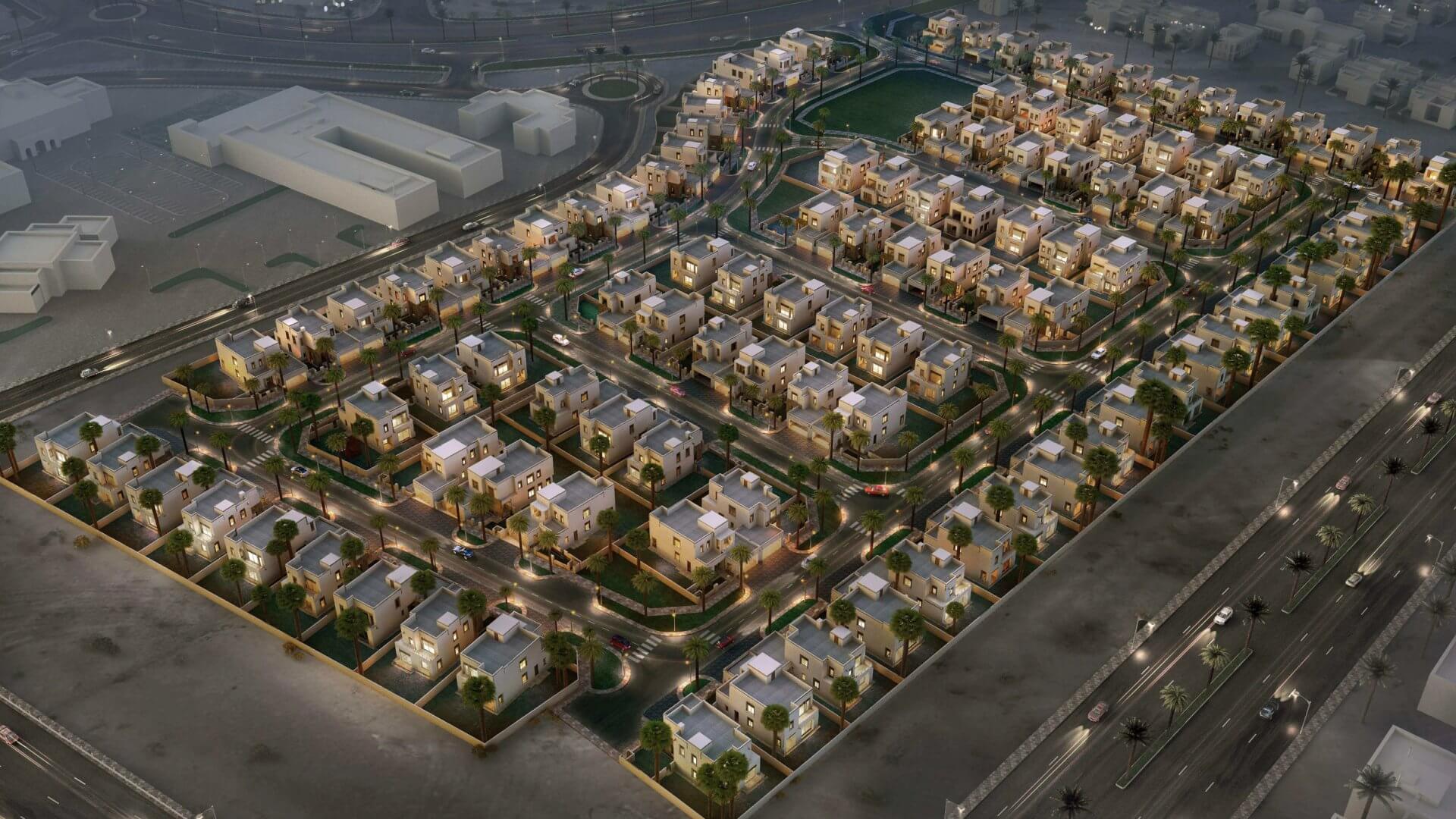 This is the second part of a development by Emaar Properties, one of the best-known UAE real estate developers. This is a gated community featuring luxury real estate in Dubai. This community is located in the very heart of Dubailand. Villas and townhouses here are designed to meet the needs of a wide social audience. There are compact 3-bedroom houses as well as spacious 6-bedroom mansions. The premises are ready to move in and have modern interior finishes, executed with high-quality materials. 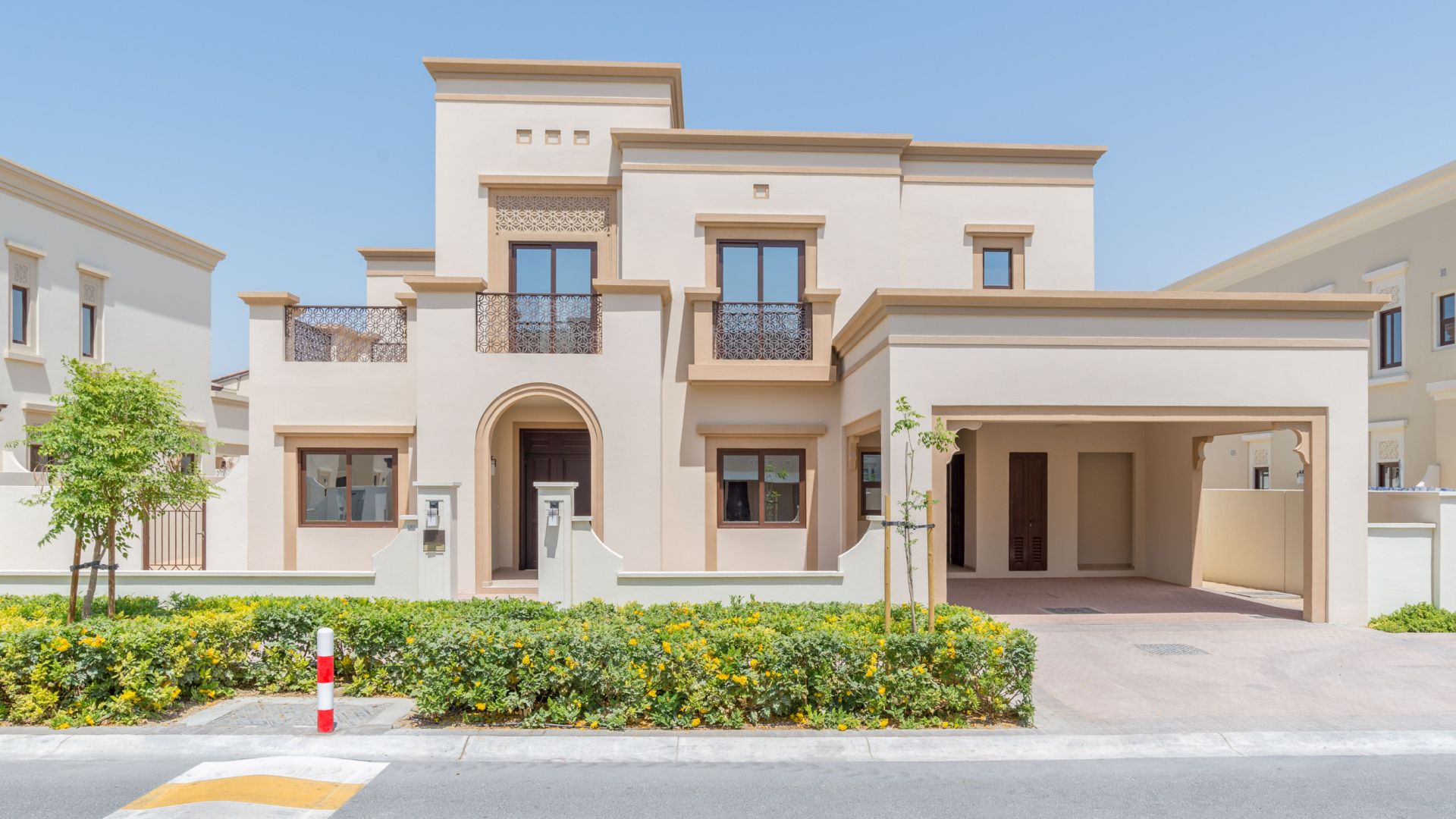 According to the 2022 report, the community occupies a leading position among areas with the development of townhouses and villas. The housing stock is actively purchased not only by residents but also by foreign investors. Starting from 2021, Dubai has seen a steady increase in prices in all real estate sectors, so it is more profitable to not delay the decision to buy.

There are up-and-coming as well as already commissioned properties on offer. 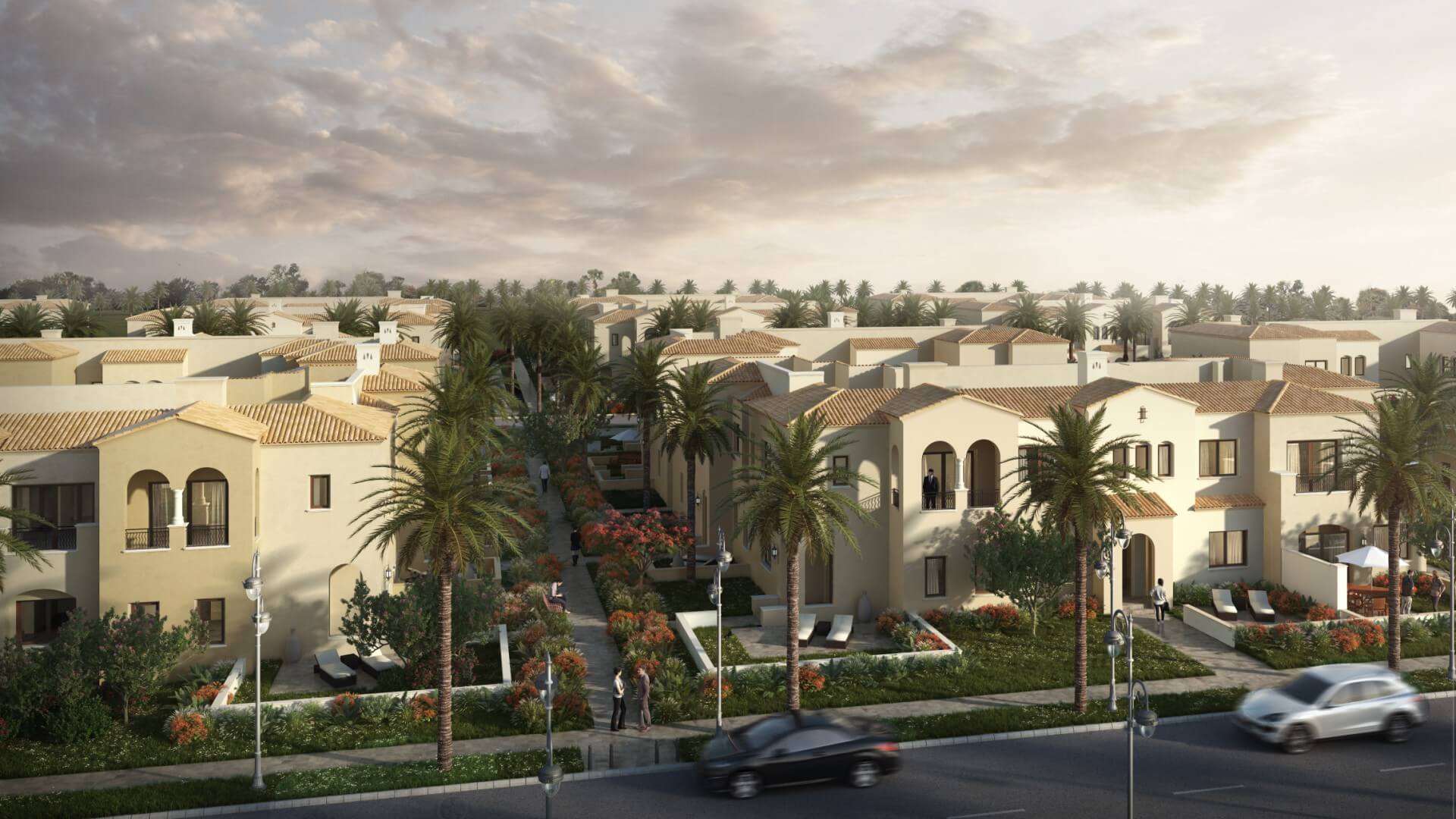 This area is part of the free zone, where foreigners can buy real estate with the rights of full ownership. There is no taxation of income received from real estate rental. 2 to 4- bedroom properties are the most liquid real estate units on the market.

Arabian Ranches 2 real estate investments remain the most profitable at the construction stage, as the developer offers a step-by-step payment scheme. When booking, you need to pay only %% of the property cost, and another 65% is paid during the construction stage. The remaining 30% can be paid within two years of the housing unit delivery. 2-bedroom townhouses deliver the highest profitability ratio, which can reach 6.5%. For 3-bedroom villas, you can earn 5.8%, and 4 and 5-bedroom mansions can bring up to 5.4% and 5.2%, respectively. The lowest rate of return (4%) is from 6-bedroom villas.

There are adult and children's pools open for general use during the day in each cluster. There are numerous tennis courts, volleyball and basketball courts, a football field, and a skate park within the community’s borders. Walking and cycling paths are an integral part of the community. Playgrounds and parks for walks have been created for children.

The most popular is the Hotel and Golf Club Dubai, which is located next to the golf course. No fewer positive reviews are received for the Frank Porter and Millennium Mort hotels.

The Most Popular Properties in Arabian Ranches 2

Since the entire territory is divided into clusters, properties differ not only in the type of development and area but also in the architectural style. The most popular residential complexes are Mirador and Al-Rim. They demonstrate a unique design and well-developed internal infrastructure.

Mansions and villas have personal parking spaces, the number of which depends on the property layout. There is also street parking for guests. The community features an extremely favorable location. It is situated at the intersection of 3 major highways, so private vehicles remain the most common use of transport. There is also a bus route running through the area. The nearest underground station is half an hour away. The development of a subway station is planned, within the community.

There are several branches of large chain supermarkets in the community. Among them are Carrefour and Spinneys. There is the Ranches Souk market in the Al Qudra Road area.

Muslims can visit one of the largest mosques in the emirate, the Al Shakoor Mosque. There are other religious institutions within half an hour's drive. These are the Hindu temples of Shiva and Krishna in Bur Dubai, and a Catholic temple in Mehta.

There are several nurseries in the community, as well as Ranches Primary School. Secondary educational institutions are located in neighboring communities. Among them is a top-listed school that uses the British education system, located in Jumeirah. Increased attention is currently paid to additional children's education. There are options of a ballet or music school or a martial arts club. Several universities are located in the neighboring community of Academic City.

There is a branch of Aster network medical healthcare centers in the area. You can also contact the Mediclinic Hospital for medical assistance. A large hospital with a wide range of diagnostics, Mediclinic Park View Hospital, is located near the community border, just 15 minutes away.

The community is situated near the Global Village community. The core city areas, including Downtown Dubai and Dubai Marina, can be reached within 25 minutes.

The largest center in this area is Arabian Ranches Village. You can also visit the Ranches Souk shopping mall. They don’t only offer different branded outlets, but also entertainment venues, beauty salons, and cafes. Also, residents can visit one of the largest malls in the emirate, the Dubai Marina Mall.

In this community, you can find numerous cafes and restaurants representing various international cuisines. You can become acquainted with Italian cuisine in the Karluzzios restaurant. A European menu is presented in Hapton's Cafe. Arabic cuisine can be found in the Al-Arab restaurant. There is a well-developed fast food network, with Burger King outlets, pizzerias, coffee bars, and pastry shops in the area.

The area has no direct access to the coast, but you can swim or rent a yacht in one of the neighboring communities. The Dubai Marina and The Beach Opposite JBR are 25 minutes away. The beaches in these communities are known not only for their length and beauty but also for their highly developed infrastructure, where you can find everything needed for high-quality recreation and various water sports.

Is Arabian Ranches 2 created by human hands? The community is located on the mainland, so the experts did not have to create artificial soil.

We’ll Help You to Choose Profitable Property for Investment

Our catalog includes up-to-date advertisements about properties for sale in the community. The company's experts will assist you in choosing a real estate unit and advise on the purchase. Start choosing your dream home right now!