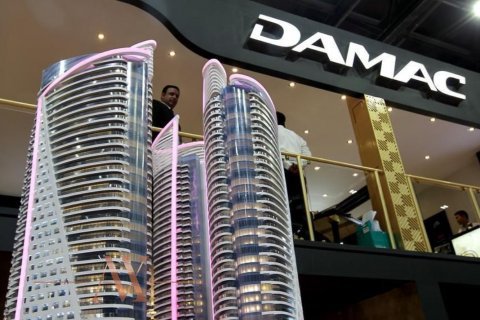 Hussain Sajwani, the Emirati billionaire associated with the Trump brand, is ready to buy back up to 100% of the company's shares for $595 million

On Wednesday, June 9, Hussain Sajwani, the founder, chairman and member of the Board of Directors of DAMAC, as well as the owner of the Maple Invest investment fund, announced his intentions to buy back the remaining publicly owned shares of DAMAC PJSC.

Currently, Maple owns 88.1% of DAMAC shares. At the first stage, Sajwani intends to take over more than 90% of the shares and gradually increase the ownership to 100%. The notice filed by DAMAC to the Dubai Financial Market says that Sajwani personally owns about 72% of the company's shares through various investment companies, and his offer to buy out minority shareholders is estimated at $595 million.

To avoid a conflict of interest, Hussain Sajwani announced his resignation from the post of Chairman and from the Board of Directors of DAMAC, the remaining members of the board of directors will have to elect a new chairman and a member of the board, provided that he is a citizen of the Arab Emirates.

At the beginning of 2015, DAMAC became a public company, and Sajwani received a significant profit from the sale of shares, while maintaining a controlling stake. At that time, the company was valued at about $ 3.8 billion. Last year, the company lost $ 283 million, despite higher revenues than before, which reached $ 1.28 billion. In 2019, the developer, for the first time after entering the public stock market, closed the year with losses.

In February of this year, the billionaire has already made a statement about possible losses for 2020 in the amount of $ 297 million. Then he pointed out that the full recovery of the real estate market may last until 2023, so “we need to be patient.” DAMAC Properties itself reported a loss of $ 51.7 million for Q1 2021.

DAMAC's losses show general concerns about an oversupply of new real estate on the market. These concerns, in turn, prompted the Dubai authorities in 2019 to announce the creation of a committee to review and approve new projects in this area. The government, therefore, seeks to limit the pace of construction of new real estate objects, because prices for it are falling, as the scale of construction is increasingly exceeding the demand available on the market.

In addition to his involvement in DAMAC and Maple, Hussain Sajwani is known as the owner of the Middle East golf club under the Trump brand, owned by former US President Donald Trump. The contract for the construction of a golf club and a partnership with the Trump Organization was signed before the presidential election in 2016. The opening of the club under the Trump brand took place in February 2017 and was made with the participation of two sons of the president already elected at that time.

DAMAC Property is known for the construction of DAMAC Towers and the luxury Paramount Hotel next to the world's tallest tower, the Burj Khalifa. The developer also works on the projects in Qatar, Jordan, Saudi Arabia, Lebanon and the UK.