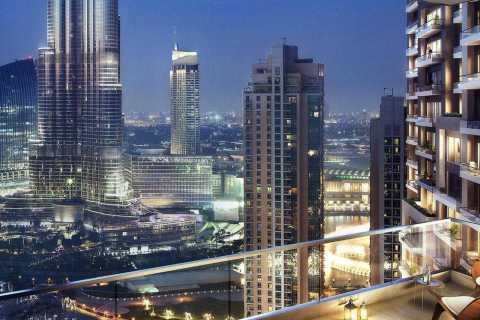 Thanks to its successful fight against COVID-19, the city’s attractiveness has grown significantly since the beginning of the outbreak.

The emirate’s remarkable success against the Covid-19 pandemic has been the major driving force of the growth.

Dubai’s high net worth individuals (those with at least $30 million in investable assets) saw the fastest pace of wealth growth. They purchased various properties at attractive prices, which had been falling over the past seven years and hit record levels in the second half of 2020.

Thus, Dubai has become one of the few cities seeinga significant increase in the number of millionaires willing to buy real estate.

According to the latest data from Property Finder portal, Dubai witnessed the largest property sales transaction volume since December 2013 with 6,388 deals worth $4.02 billion. Meanwhile, the January to June transaction value totaled $16.87 billion. Overall, the real estate market saw a 40% rise in sales during the first half of 2021.

The villa segment recorded an increase in both the volume and the total amount of transactions. There was also a jump in prices. A villa on Palm Jumeirah was sold at a record price of $30.2 million.

The New World Wealth report revealed that Emirates Hills, Jumeirah Golf Estate and Palm Jumeirah are the neighbourhoods where most of the millionaires and billionaires live.