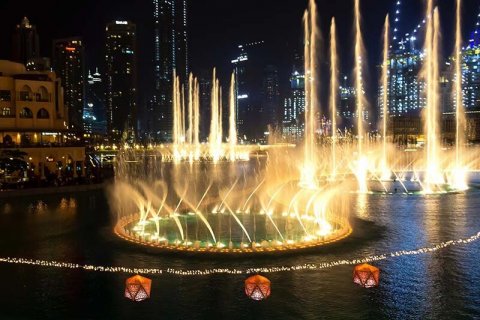 The Cabinet of Ministers of the United Arab Emirates has approved changes to the existing regulations of resident programs and the issuance of visas for foreigners, largely simplifying the process and making it more transparent.

In a statement on the new legislation, it was stated: «The new system of granting resident visas aims to create an environment attractive to highly qualified foreign specialists and outstanding cultural figures. Promote the development of a competitive and flexible labor market, create a sense of stability for UAE residents and their families».

Accounting for 80% of the population of the Arab Emirates, foreigners have always been the backbone on which the local economy has been maintained and developed both in the country as a whole and in its individual emirates, especially in Dubai and Abu Dhabi.

Speaking about the specific content of the reforms, it is necessary to note the following points of the new legislation.

The scheme for issuing «golden visas» has been simplified, and the criteria for issuing and categories of recipients have been expanded. A 10-year visa will be issued to investors, entrepreneurs, prominent cultural figures, scientists and professionals of a particular economic sphere, outstanding students and graduates of educational institutions, people who have shown special heroism or philanthropy.

A visa issued for five years is called a «green visa». It can be issued to freelancers and other self-employed workers without the need to have a sponsor or employer inside the UAE.

Another five-year visa was also introduced, designed for outstanding cultural figures, highly qualified specialists, freelancers, investors and entrepreneurs. New types of entry visas were introduced, which do not require a host or sponsor when visiting the country for the first time. All entry visas now allow you to visit the country both once and several times within 60 days. They can be updated on a one-time basis for the same period.

A special entry visa has been introduced for applicants. It does not require a host and sponsor and is issued to those who are going to find work in the UAE, if they are:

The other entry visa is for business. «Business Entry Visa» also does not require a sponsor or a host party and should encourage private investors and entrepreneurs wishing to visit the country to personally explore the available investment and business opportunities.

Changes have also been made for the tourist visa. A five-year tourist visa allows you to visit the country repeatedly during the specified period, does not require a sponsor from the UAE and the key requirement is the presence of $4,000 or its equivalent in another currency in a bank account.