The list of leading developers of the MENA region published 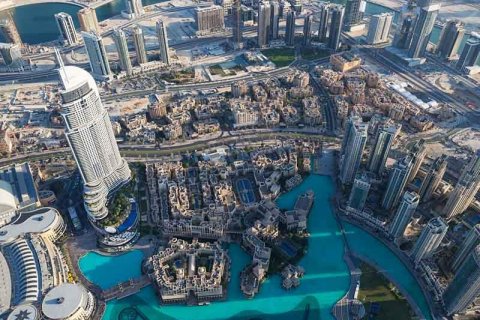 UAE companies take first place. The list was compiled by Forbes Middle East based on financial indicators, reputation, age of the company, and the value of completed and under-construction projects.

The Forbes ME "Top 50 Real Estate Developers In MENA 2021" rating is based on a review of the leading companies in the MENA region (North Africa and the Middle East).

If the company has produced a large or significant construction project on the market this year, it is added to the list. Those companies that have put the property into operation, but it is not working yet, are not included in the list.

The construction company Emaar Properties ranks first in the rating. The company is based in Dubai, is one of the largest developers in the emirate and specializes in various luxury real estate.

At the end of September 2021, the total value of all the company's assets reached $34 billion. The company trades publicly, and the share price is one of the largest in the GCC region.

Aldar Properties, based in Abu Dhabi, ranks second. The total value of assets at the end of September amounted to $11.3 billion. In December of this year, Aldar-ADQ bought 85.5% of the Egyptian developer SODIC. The latter takes 36th place in the Forbes ME rating.

The list includes companies from 9 MENA countries, and the UAE ranks first with 17 construction companies. 4 of them take the Top 5 of the list.

Forbes ME has published another list, the Top 10 for MENA developers. However, this list is based on the cost of all the companies' projects, both ready-made and still under construction.

In this list, the Egyptian Orascom Construction ranks first, and it is responsible for such projects as the Great Egyptian Museum, the Cairo Monorail, and the Great Cairo Metro.