Selection: results of Q1 2022, which indicated the growth of Dubai real estate market 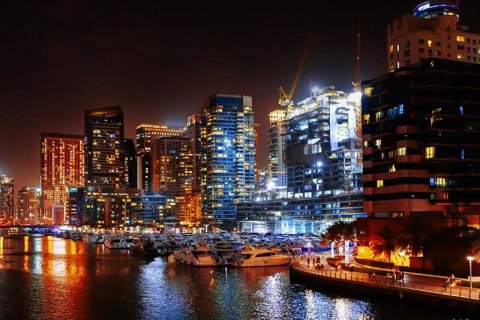 The current year was predicted to set numerous records at its very beginning. Fresh data for the first quarter of 2022 largely confirmed such expectations, although in some cases the growth came from extremely unexpected sources.

Having collected data from various analytical sources, the most important factors of the development of the local real estate market in the near future are presented below.

The influx of Europeans was so great that in just a couple of months they jumped from seventh to fifth place in the top of the largest nationalities-buyers of real estate in the emirate.

Withdrawing billions of dollars from accounts in countries such as Switzerland and the UK, they invested them in various assets in the UAE.

Against the background of the onset of the global economic crisis coupled with geopolitical uncertainty, Europeans joined migration in late March-April 2022. We are talking about citizens of Great Britain, Germany, France and Italy.

Against the background of the new visa policy and the development of the crypto sector, new groups of investors from the USA and Canada began to actively arrive in the country. The Chinese continue to actively increase their economic presence.

All this, taken together, has led to a huge increase in demand for real estate from medium-priced properties to premium. The year 2021 has already significantly reduced the volume of supply on the market and the situation will only worsen. We should expect a significant increase in real estate prices, especially residential, in the coming quarters of 2022. This is already noticeable from the data that will be given below.

In annual terms, at the end of the first quarter of 2022, the number of real estate transactions increased by 11.6%. Prices on average increased by 16.3% over the same period. According to Dubai Land Department, the number of real estate transactions has reached record levels, last reached in 2010. Transaction volumes have become the largest since the first quarter of 2014.

The growth of the market, sales volumes, and prices for objects began at the end of 2020, when the sector reached record lows due to COVID-19 pandemic. Since then, the Dubai real estate market has only been actively growing, recovering and overcoming various historical marks.

The villa sector was the engine of this growth. Responsible for just 13% of the total volume of residential real estate in Dubai, they became the main engine of the sector's growth during the so-called «rally for villas» - a period of particularly active sales in the first half and mid-2021.

With such a small stock on the market, by the end of last year it became clear that the volume of villas is not able to meet the emerging demand. Sellers began to take advantage of the situation and unreasonably inflate prices for properties. Investors and buyers increasingly began to pay attention to other objects of the market. Including apartments, which make up 87% of residential real estate in Dubai.

Based on all this, forecasts are made that villas will retain a leading role during 2022, but the pace of their sales and price growth will decrease and stabilize. At the same time, it is the apartments that will begin to increase the growth rate.

With the reduction in the volume of villas and premium properties available for sale from the apartment segment, the gaze of investors is shifting to areas with a more profitable real estate offer.

Two main trends in the market

In the first quarter of 2022, it was possible to observe the formation of two significant trends in the market:

Of the transactions concluded this year, 95% were more expensive than $2.72 million. In 2021, only 25% exceeded this mark. Off-plan sales exceeded the pre-pandemic indicators (approx. 4,500 transactions for the same period of 2019).

Rising interest rates and a shortage of building materials

There are two more small trends worthy of attention.

During the year, the Central Bank of the UAE will continue to raise interest rates on loans, following the policy of the US Federal Reserve. The central bank of the countries tied the rate changes to the rates in the United States and acts accordingly to the policy of the American agency.

The Federal Reserve, in turn, has already stated that it will continue to raise interest rates regularly, in small amounts, at least until the end of this year. But they do not deny the possibility of continuing in 2023.