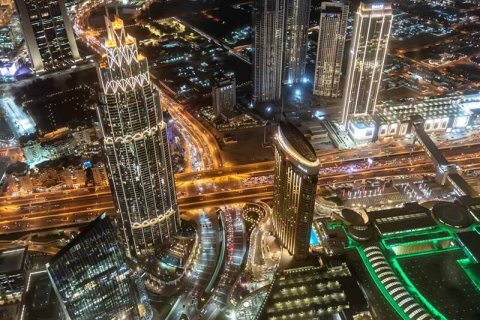 The current year has brought a new historical record to the emirate's real estate market, as the first quarter of 2022 was the most successful for Dubai in the entire history of observations.

In figures, March 2022 reached an indicator of 7,865 real estate transactions — an increase of 83.4% in annual terms. During the same period, sales in the off-plan sector increased by 94.6%, and the secondary market showed an increase of 76.1%.

For comparison, February of this year reached 5,598 transactions, and in total 25,972 real estate transactions were recorded in the first quarter. The average indicator of both real estate prices and rental rates continues to grow.

The flagship segment of the market, such as villas will also retain market leadership in 2022, but their growth rates are increasingly declining and stabilizing.

Leadership in terms of ROI is gradually migrating from the central, traditionally strong areas of the city, such as Downtown Dubai and Dubai Marina towards the suburbs: Sports City, Jumeirah Circle Village, Aryan, Arabian Ranches and Al-Barsha South.

It is worth noting the segment of apartments, prices for which showed a 10% increase in March this year, finally overcoming the rather sluggish growth rates of 2021. Villa prices increased by 20.2%. On average, residential real estate in Dubai showed an increase in prices by 11.3% over the same period.