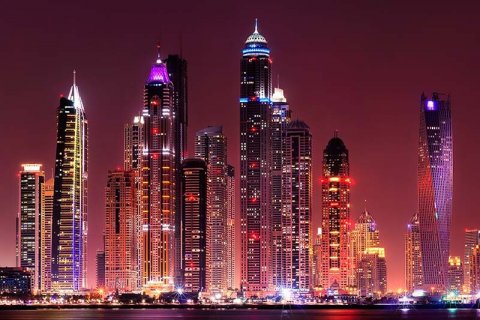 The end of 2021 and the beginning of 2022 for Dubai were marked by a resounding opening and subsequent successes of Expo-2020. About 8 years were spent on organizing the event, and even being in danger of disruption due to COVID-19, it was not canceled. However, due to the circumstances, it had to be postponed for a year ahead.

The predictable success of the opening of the event, which provided strong stimulation for the emirate's economy, especially its construction sector, played a big role in strengthening Dubai as a global real estate market. However, the amount of funds invested in the project and the amount of infrastructure created for the exhibition raised the question of further use of available resources after the completion of Expo (March 31, 2022).

The solution was a small reconstruction of the entire area that was used for the exhibition, followed by its «rediscovery» in October 2022. The new district has received a new name — Expo City Dubai — and now should become one of the key business hubs of the city. It is expected that the district will attract the widest audience: business, industry, investors, wealthy buyers (approx. HMW) and people with much more modest savings, foreign workers and specialists.

On Saturday, October 1, the district finally opened its doors again, exactly on the anniversary of Expo-2020. Expo City is a set of microdistricts formed around the key pavilions of the exhibition venue: The Vision Pavilion, Women's Pavilion, The Mobility Pavillion (Alif) and The Sustainability Pavillion (Terra). These areas became available for visiting back in September, along with the observation deck in the high-rise Garden in the Sky, as well as the Al Wasl Plaza.

Nowadays, many ways are already available for new residents of the district to visit various exhibition halls and other institutions that attract millions of tourists a year earlier. New pavilions and points of interest will continue to be added in the coming months. At the moment, the main element of attracting the district will remain its tourist attractiveness and relatively low real estate prices. In the future, an increasingly important role should be played by businesses, local and international, who are ready to take advantage of the availability of a large number of new and modern real estate to conduct the business itself and to settle the working staff.