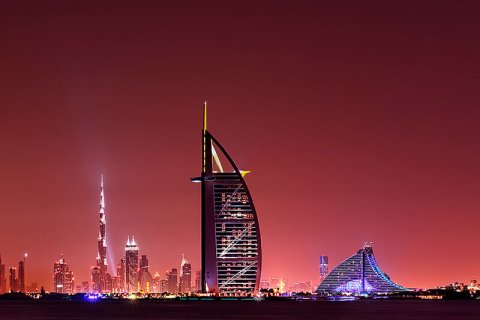 The construction of Palm Jebel Ali archipelago began in 2002 as part of the larger Palm Islands project, which also includes the Palm Jumeirah and The Deira Islands archipelagos. However, if Palm Jumeirah was successful and managed to open before the onset of the global economic crisis in 2008, the other two were less successful.

Specifically, Palm Jebel Ali was frozen already in 2009, amid financial problems in the emirate and a reduction in the inflow of foreign investment into the country. Since then, the project has been in a state of «coma». With the exception of rare news about the possible possibility of using the partially built archipelago for other purposes, neither the private sector nor state institutions have expressed any ideas regarding any development of the project.

News about the restart of the project came suddenly in 2022. Motivated by an almost 300% increase in prices for coastal real estate in the last 2 years, developers finally paid attention to Palm Jebel Ali, which provides tens of kilometers of new coast for the emirate.

Responsible for the construction of the archipelago was the developer Nakheel Properties, which is today the second largest company in the sector after Emaar Properties. The area of the archipelago is 1.5 times larger than the area of Palm Jumeirah, but despite the fact that the full completion of construction, as part of the announced restart, will take years, today many areas of Palm Jebel Ali are suitable for building and living. From 2002 to the present day, 29 properties have been purchased on the island. It happened at the end of the 00s, just before the beginning of the global crisis.

The company itself has not yet shared specific plans for the development of the project, however, according to indirect data, the next projects of new real estate on the islands will appear no earlier than 2025-26. At the moment, the main concern for the developer will be the creation of infrastructure for the island, located just 15 minutes away from the elite Dubai Marina.

Given the constant growth in the number of sales and prices for residential real estate in Dubai from month to month, starting in the spring of 2021, analysts and companies believe it is reasonable to make a new bet on the old project. There are definitely a large number of wealthy buyers on the market who are ready to give incredible amounts of money for elite and exclusive objects like those that can fill the space of Palm Jebel Ali.

According to some reports, prices for villas in the emirate have already surpassed the record figures of 2014, and in August of this year, monthly sales of real estate have already broken a 12-year record - in one month about 9,720 real estate objects were sold for a total of $6.6 billion.

In view of this, sector analysts indicate that there is a high probability of the appearance in Palm Jebel Ali of about 1,700 new villas and 6,000 apartments of the upper price category. However, the real plans are hardly known even in Nakheel itself, which has only just begun to revise old plans for the development of the archipelago.