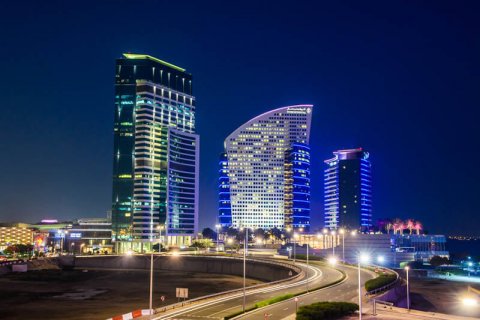 Inflation continues to rise, rising all over the world and, in particular, in the UAE. Many countries have used the increase in interest rates on lending as a means of combating inflation, and one of the leaders in this sense is the United States. The Federal Reserve of the United States has already raised the key lending rate several times since the beginning of 2022 and will continue to do so at least until the end of the year.

The situation with the United States is important to understand, since the Central Bank of the UAE has long linked the exchange rate and the movement of its own key rate to the movement of those in the United States. Since the rate on mortgage lending issued by national and private banks directly depends on the key rate, its growth means an inevitable rise in the cost of mortgage loans for the general consumer.

Given that we are already aware of plans to increase this rate in the near future, the local market understands that mortgages will continue to become more and more expensive financial instruments for real estate buyers.

Realizing this, the developers of the Arab Emirates are looking for various ways to maintain the interest of an international investor in the real estate of the Emirates, offering more and more incentive programs and payment plans for projects.

The last attempt at such encouragement was the return of long-term payment plans for off-plan projects after completion of construction. Off-plan investment implies the purchase of an object, through the investment of funds at the early stages of its construction.

Usually, such plans imply the division of the final estimated value of the purchased object into two parts. One is paid during construction, from stage to stage, and the other is paid after construction as part of monthly fixed payments. Thus, potential investors can buy a cheaper object and have more flexibility in paying for such a purchase.

In August 2022, a number of developers immediately announced that they were returning the old practice of long-term plans for fixed payments after the construction of the facility. Under these plans, payments can take from 5 to 8 years. Such plans as "1% per month" with a period of 99 months are also returned.

Since a large share of real estate investments, especially in off-plan, is carried out with the involvement of a mortgage loan, the increase in interest rates has hit the potential buyer and the demand for real estate under construction hard. Long-term plans are designed to reduce the «stress» in the market and provide potential investors with safe options for purchases.

It is also worth noting that most of the new projects that will be launched before the end of the year are in fairly affordable market segments. We are talking about affordable real estate with a minimum bar of $136,000 in the case of a studio purchase and from $408,000 in the case of an apartment with one or two bedrooms. Do not forget that the buyer has much more control over the future appearance of the property that he acquires, if this happens at the early stages of construction.

Developers expect that such initiatives will return not only old investors to the market, but also attract new ones — the audience of the younger generation aged 25 to 35 years.

Nevertheless, some time remains before new projects and plans, and the market, at the moment, is cooling down. This has not been enough for him for a long time and a certain share of price stabilization and demand reduction will benefit the construction sector. The situation is much more dangerous in the premium segment, which is still gaining momentum since the spring of 2021.