According to the results of the first quarter, villas remain the main engine of Dubai real estate market 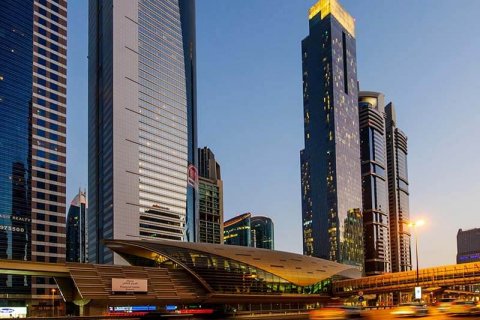 Despite the fact that both apartments and villas show strong growth rates, analysts and market experts generally agree that the latter will continue to grow at a more pronounced pace both in terms of the number of sales and their cost, and in terms of the prices of properties.

Developers also focus their attention, first of all, on villas. Since the IV quarter of 2021, many residential projects have been launched into development, the delivery of which to the market should take place within one or two years.

It is expected that the economic indicators of the villa segment will be able to cross the historical records of 2014 by the end of the current year.

However, it is noted that the villas will grow the remaining three quarters at a steady pace and their separation is based mainly on the record growth of 2021. At the same time, apartments on the contrary will begin to gain momentum, gradually overcoming the pace observed last year.

If we turn to price indices, we can observe that in annual terms, at the end of the first quarter of 2022, the capital value of real estate in the emirate showed an increase of 18.8%. Monthly growth in March was 1.2%.

Mudon and Green Community West were among the best areas in terms of average price growth — 0.5% and 0.8 %, respectively. Palm Jumeirah retains the title of the most attractive area of Dubai, showing a price increase of 5.3% and surpassing the historical record of 2014 in March.

In general, the capital value index for apartments increased to 69.5 points in March. However, this is still 30.5 points lower than the base, 2014.