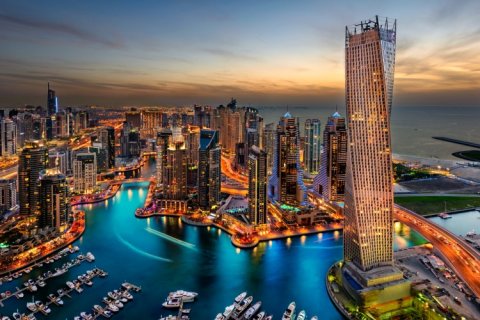 Consulting company Mortgage Finder reports growth in average mortgage loan amount by 24% compared to the second half of 2020.

Dubai mortgage market is showing signs of recovery as covered loans doubled between the second half of last year and the first half of this year.

The company points out that 40% of all real estate purchase and sale transactions in Dubai were completed with some degree of mortgage.

Ian Vaughan, Senior Mortgage Advisor at Mortgage Finder, points out: “The increased market activity can be confidently explained as a consequence of the major credit policy reform introduced by the UAE Central Bank in early 2020, which allowed banks to increase lending by 5% reducing deposit requirements from 25 to 20% for those who take out a loan for the first time. The reforms have made mortgage lending more affordable for more people.”

The average mortgage amount in H1 2021 was $ 600,000, with the distribution of loan use being split almost 50-50 between villas / townhouses and apartments. The latter is slightly inferior, taking a share of about 45%.

An independent study by the Data Finder portal showed that in the same period it indicates that the total number of purchase and sale transactions between specified property categories was divided by shares of 27.5% and 72.5% between villas / townhouses and apartments, respectively.

The demand for the first category is mainly related to the need for the acquisition of more living space, which caused the need for mortgage loans for the purchase of villas and townhouses, which gave 55% in the first six months.

According to Vaughan, it can be concluded that apartments are more often bought for currency rather than loans, which makes sense given that villas and townhouses are more expensive to purchase. In addition, buyers who do not use lending, but their own funds, more often turn out to be investors, and apartments are usually a more investment-attractive acquisition.

Banks compete with each other to provide more favorable lending conditions, and interest rates on loans are record low, which plays a decisive role in the popularity of this financial instrument.