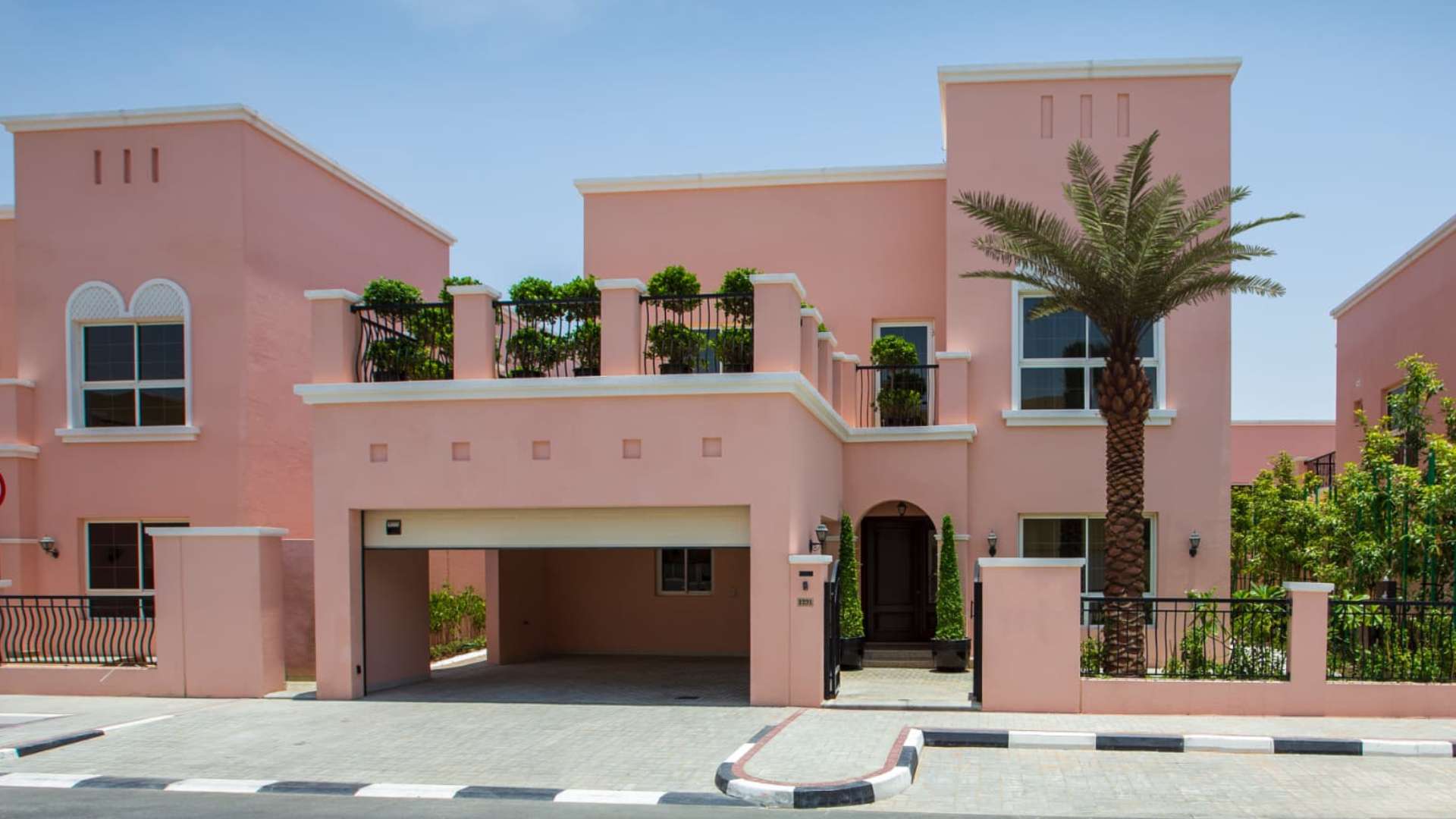 Nad Al Sheba neighborhood serves a variety of purposes. In its surroundings is the renowned Meydan Racecourse, where the Dubai World Cup, the biggest equestrian competition of the year, is hosted.

The project consists of several sub-communities with villas, apartment buildings, and numerous infrastructure facilities. Many housing estates have already been commissioned, and some buildings are still under construction. 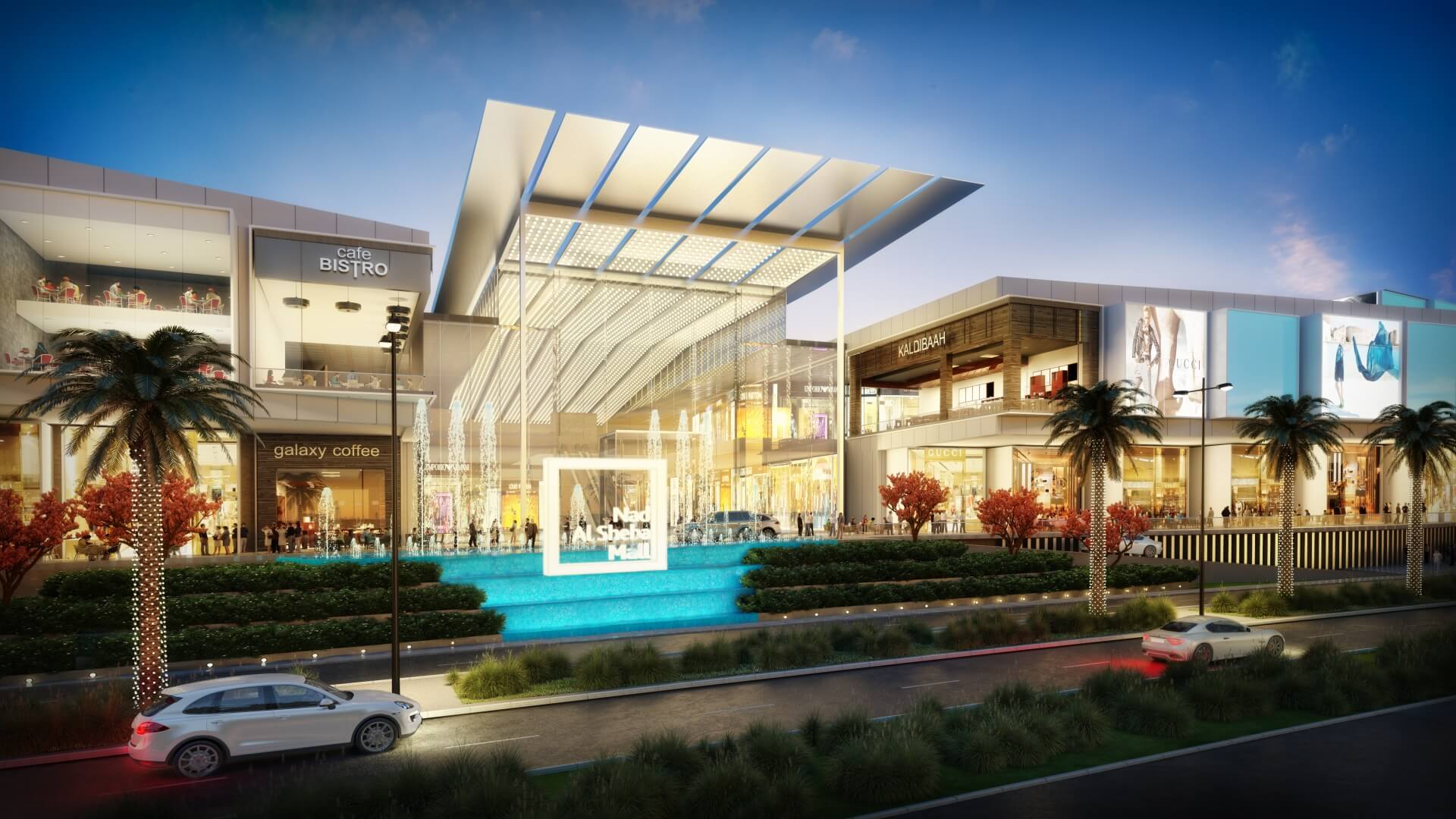 The area is divided into four main clusters:

Various villas, townhouses, and apartments are available in the community. There are parks, gyms, swimming pools, covered parking, and other amenities on the territory.

As the area is represented mainly by larger dwellings, the minimum home price here is 2,398,000 AED. At this price, you can buy a four-bedroom villa with a total area of 354 m², a terrace, and a fenced surrounding territory. A five-bedroom villa with an area of 382 m² will cost 3,008,000 AED. Good real estate investments in Dubai will be off-plan houses. This purchase will allow you to profit from the value of the unit increasing after its commissioning.

Of late, residents and guests of the city are increasingly choosing villas and townhouses to rent. Therefore, owners of this property type can count on a steady return from the rental business. 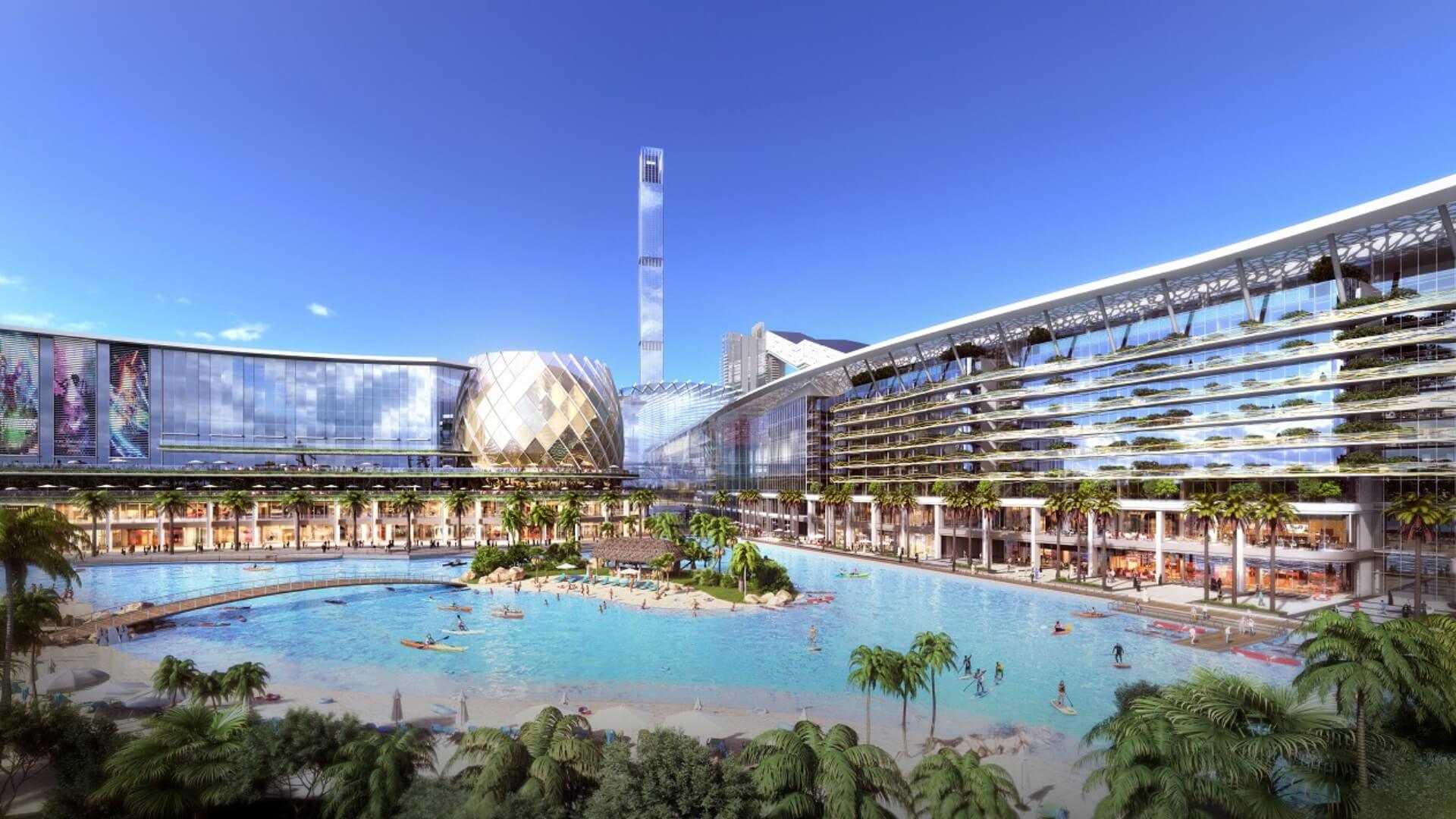 A quiet family neighborhood with an excellent infrastructure attracts tenants who want to live away from the hustle and bustle of the metropolis, but at the same time, want good access to the main city facilities. Rental rates here are reasonable compared with the coastal and business districts, so the demand for housing is always high.

Foreigners willing to make real estate investments in Nad Al Sheba can use the services of management companies. These companies will resolve all issues with tenants without the personal presence of the property owner.

Also, investors who purchase properties worth more than AED 750,000 are allowed to apply for a 3-year UAE residence visa, which can be renewed.

The community has everything necessary for a comfortable life and recreation:

The Meydan Hotel is a five-star hotel with luxurious rooms, a banquet and conference hall, restaurants, and cafes offering dishes and drinks for all tastes. On the roof of the building is the Mood Rooftop Lounge, one of the best lounge bars with hookah in the city. The hotel is close to the racecourse and the golf club.

You can reach the central sights of the emirate, such as the Burj Khalifa skyscraper, and the musical and luminous fountain in Downtown Dubai, within 20 minutes by car. The Dubai International Airport is merely 18 minutes away.

Public transport stops are in the main neighborhoods. A bus will take you to Dragon Mart and Dubai Mall.

The nearest metro station, Rashidiya, is a 16-minute drive away. You can also reach the metro station with the city bus.

There are a lot of grocery stores in the area, including small mini-markets and large chain supermarkets like Happy Star Grocery, Aswaaq, and West Zone Fresh. The neighboring Ras Al Khor Industrial Area 3 community has a Vegetable Souk organic-produce shop and a central market where you can buy fruits and vegetables.

The Nad Al Sheba Mall is currently under development. There are plans to open many retail outlets, restaurants, and entertainment venues, a fitness center, a medical clinic, and large Union Coop and Spinneys supermarket chains.

Residents can visit the nearest shopping centers in nearby blocks within 15-17 minutes :

Many people of different cultures and religions live in the UAE. Hence there is a wide range of mosques, churches, and temples available in the emirate.

In the community are the Tariq bin Ziad Mosque, Khalfan Bin Mosque, Mohammed Bin Alshiekh Mejren Bin Sultan Mosque, and many others.

St. Thomas Orthodox Cathedral and St. Mary's Catholic Church can be reached by car in 18 minutes.

The Shiva Temple is just a 25-minute drive away. Not far from it is the Sindhi Gurdarbar temple. The Guru Nanak Darbar Temple is in the Jebel Ali Village neighborhood and is about half an hour away. The Mahamevnawa Buddhist Temple is close to La mer beach and is a 20-minute drive.

Many high-class restaurants are in the Meydan Hotel:

More informal restaurants and eateries can be found in the area, including the Healthy Bowl Restaurant, the Zero Four Specialty Coffee Cafe, and the Al Ain Way Cafe and Restaurant. There are also fast food restaurants like KFC and Pizza Hut.

The district is family-orientated, so there are numerous excellent schools, many of them suitable for foreigners.

GEMS Modern Academy is based on the Indian Curriculum. It offers education to Grade 12 and the International Baccalaureate (IB) curriculum for Grades 11 and 12.

Repton provides the British Curriculum and the IB programs up to Grade 13.

The Royal School is one of the best British schools in the city with an educational program up to Grade 13.

The Rashid Boys School was founded in 1986 and is open to UAE citizens only.

The Fifth Dimension Elementary School is an American school offering STEM-focused education up to Grade 5. This type of education is oriented on scientifically based practical exercises, which are based on the study of natural sciences, technology, engineering, and mathematics.

Kent, Kinder Castle, Odyssey, and other Nurseries are available for kids.

Academic City, the center of higher education, is 15 minutes away. There are numerous universities and colleges with a wide variety of academic fields.

There is a multifunctional medical center on 20 Street. You can visit a doctor, and receive vaccinations, and other services. A bus stop is within walking distance.

If needed, residents can reach medical facilities in nearby areas in about 15 minutes:

The popular sandy beaches of the Persian Gulf are about 20 minutes away.

The nearest beach, Jumeirah, is a popular place among residents and tourists and has changing cabins and showers. There are diners and cafes as well as numerous walking paths.

Kite Beach is perfect for kitesurfing and kayaking. There are also walking paths and a children's playground.

We will select profitable real estate for investment

A family community with excellent infrastructure is a great place for real estate investments. Housing here is in high demand among tourists because of the famous Meydan Racecourse, which draws many tourists during horse race tournaments. There are many attractive schools for couples with children who want to live in a quiet area.

Home prices have not yet peaked in the community. Many homes are still under development, so now is the perfect time to invest.

Contact us to choose the best investment option. Our specialists are well versed in the local real estate market. They will be able to select the best residential unit to gain a stable passive income.