About Falcon City of Wonders 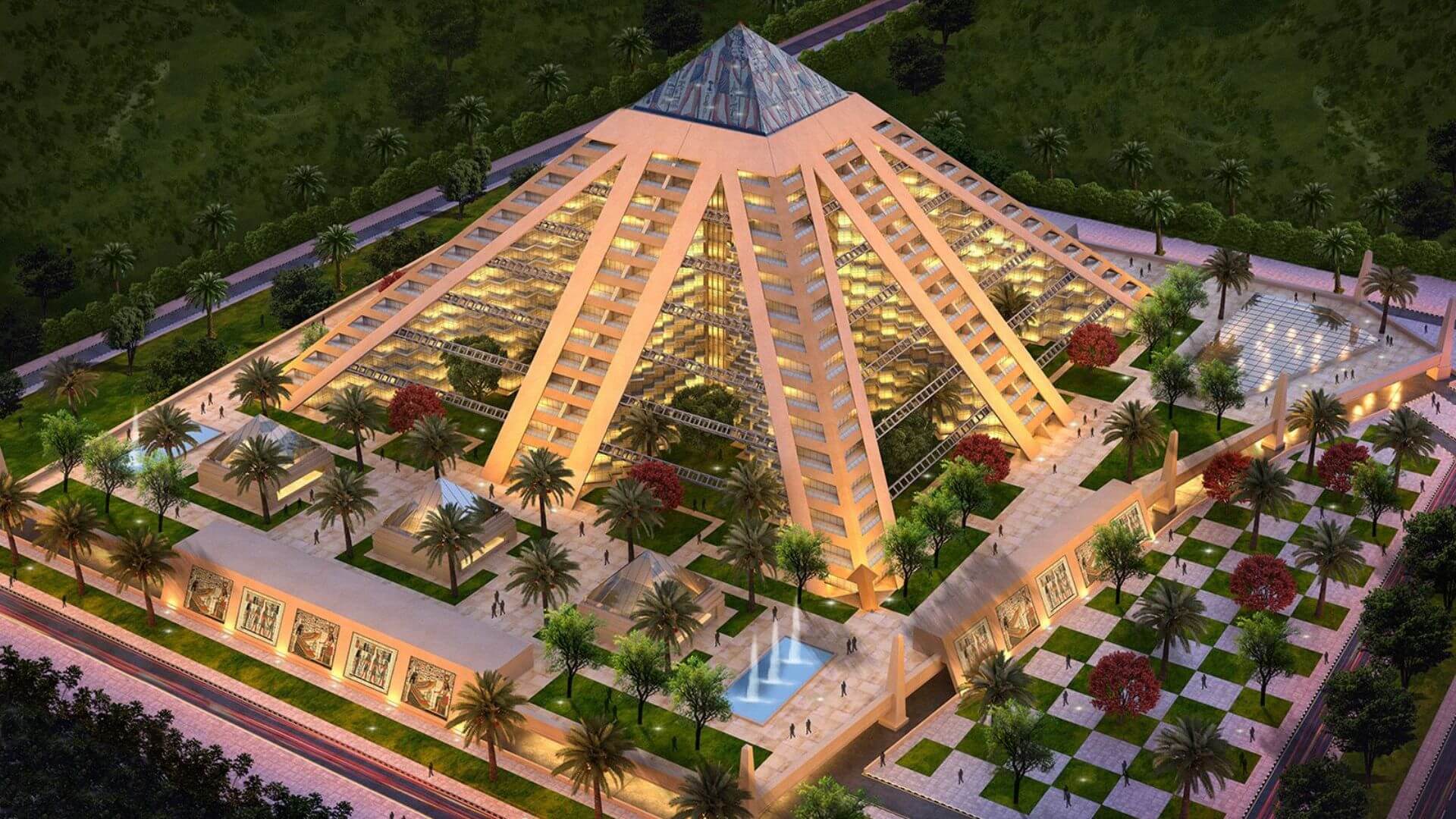 Falcon City of Wonders (FCW) is a large residential, tourist, and entertainment complex in Dubai, spanning an area of 380 hectares. On the map, the complex is in the shape of a falcon. The project was launched by a private company, Falconcity of Wonders LLC, in 2005.

The master development plan of the area includes seven buildings in the form of famous wonders of the world, a branded theme park, commercial and sports complexes, educational institutions, and family recreation centers. The first residents have already moved into housing estates in the community. Construction work is in progress in other neighborhoods.

In addition to the key attractions described above, the community is going to include:

Falconcity Towers - 24 multi-story towers with apartments, hotel rooms, and office space. The buildings and surrounding areas will resemble the styles of different cities and countries. For example, there will be a miniature version of New York's Central Park and a romantic Venice, with a beautiful promenade, open-air cafes, and walking gondolas. 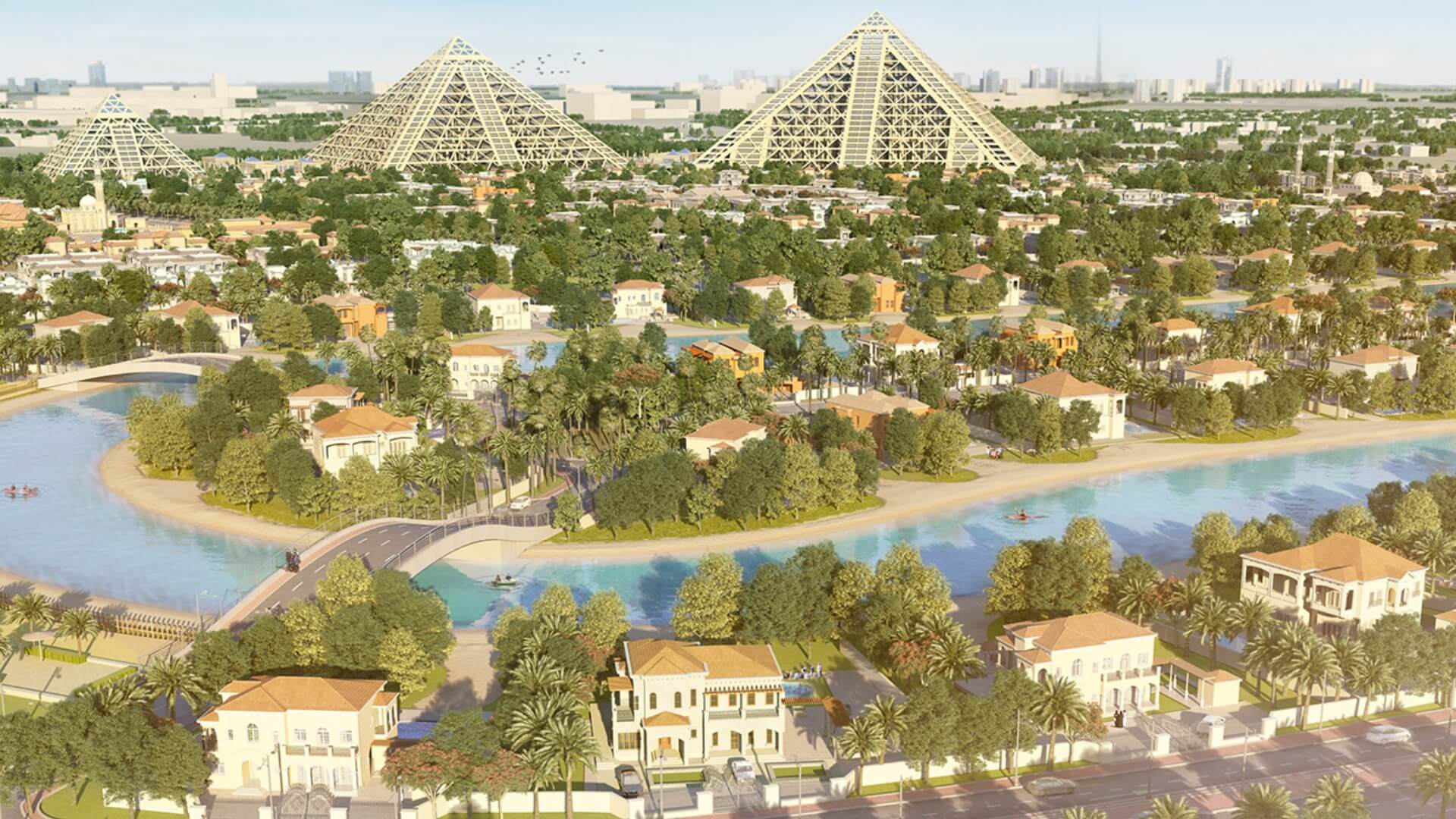 Over 20 blocks are planned for construction, including more than 30,000 residential properties. The houses forming the wings of the falcon will be made in four different variations:

The following housing sub-communities are currently well known in the area:

Trends in real estate sales in Falcon City of Wonders

FCW is a part of a huge developing area in Dubailand. It is one of Dubai's most popular destinations for real estate investments.

Currently, there is property available at affordable prices due to many residential and infrastructure facilities still being under construction.

Trends in housing rentals in Falcon City of Wonders

Today, private houses are very popular among tenants in the metropolis area. In the new community, you can find a good three or four-bedroom villa at prices ranging from 120,000 AED to 135,000 AED a year.

Useful information for property investors in Falcon City of Wonders 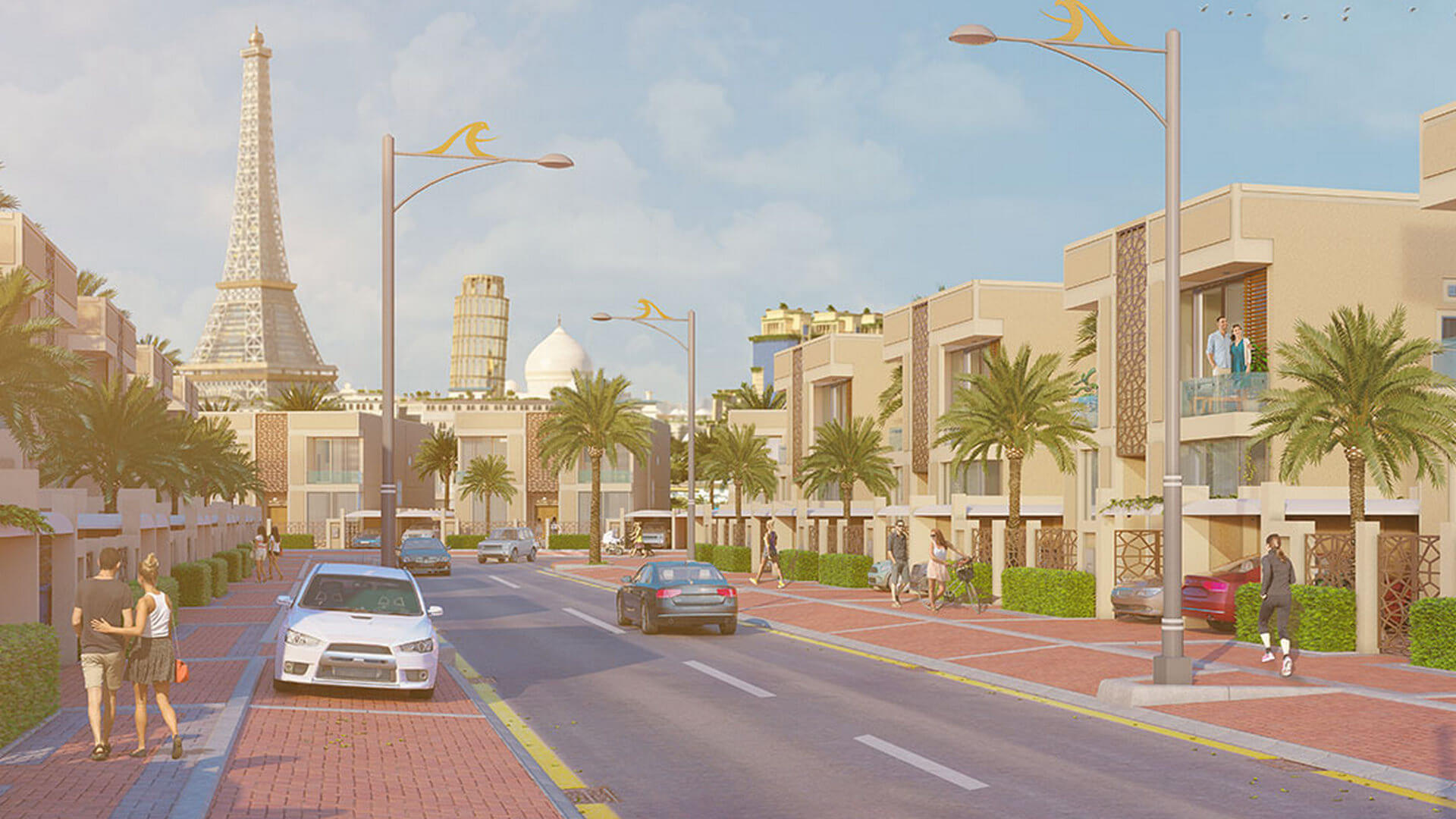 Once construction is completed, FCW will become a new attraction in the city.

Many large investment companies are interested in the development of this project. They actively invest to ensure a stable profit in the future.

Provided the cost of apartments and houses remains at an acceptable level, you have an opportunity to make real estate investments in Falcon City of Wonders with the most profitable terms.

A significant amount can be saved by buying off-plan properties. Home prices will increase significantly once the unit is finished, and the construction of the entire area is completed.

Numerous FCW infrastructure facilities are currently under development. Once the project is completed, the following amenities will be available:

Residents of the Western Residence North already have access to family parks and a public area having two tennis courts, a basketball court, a swimming pool, a running track, and several playgrounds for children.

The area is located next to a major road interchange enabling residents to reach the main districts of the metropolis speedily. Downtown Dubai is a 24-minute drive away and consists of a large shopping mall, a musical fountain, and the iconic Burj Khalifa. It takes 25 minutes to drive to the international airport.

At present, the main transport in the community is a private car, taxi, or Uber.

In addition to Falconcity Markets, there is a large hypermarket in the Western Residence South complex. More retail stores are also planned for the near future.

If necessary, there are also supermarkets in the neighboring Dubai Silicon Oasis:

As per the master plan, a large Falconcity Mall in the shape of a falcon's head is planned to be constructed in FCW.

Currently, the following shopping malls are 20 minutes away for residents and guests of the area:

The Nadia Bint e Saeed is a mosque in the Western Residence South community. This is a small mosque at the entrance to the community, next to the highway. The Al Barari and Al Hussaini Mosques are 12 minutes away.

Hindu temples can be found in Bur Dubai, 20 minutes away from the neighborhood.

In the district or near the hypermarket are several catering outlets:

There are several popular restaurants within a 15-minute drive:

Falconcity Nursery is in the central part of the district, not far from the hypermarket.

The closest educational institutions are in neighboring areas, reachable within 6-20 minutes:

It is a 17- minute drive from the community to Academic City, which is home to universities, colleges, and other international higher education institutions.

It is less than 20 minutes to the nearest medical facilities:

The nearest beaches of the Persian Gulf are approximately half an hour from the community.

The Sunset public beach has all the basic amenities, including a playground for children. It is great for walking and jogging.

Kite Beach is a perfect place for kitesurfing, kayaking, and other water sports. There are walking and jogging tracks and a playground for children.

Jumeirah Beach is one of the most popular in the city. Along the coastline are cafes and eateries, as well as changing rooms, sun loungers, showers, and other amenities.

We will select profitable real estate for investment

FCW is a truly grandiose project. When completed, it will be one of the key attractions of the metropolis. Real estate investments in this growing community will provide a stable income in the future.

There will always be a high demand for rental properties due to the numerous interesting buildings.

The opportunity to buy a housing unit at the most attractive price is now. Once the project is complete, the prices will increase, and you will have the option to either resell your property or have a quick return on your investments by renting out your home or apartment.

Contact our experts to select the best investment option. Up-to-date information on prices and the rate of return for every specific unit is readily available.